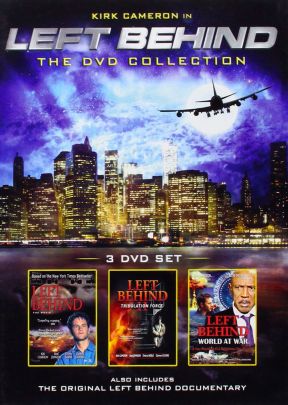 Left Behind: The Movie -- Based on the best-selling novel, Left Behind is overflowing with suspense, action, and adventure. This riveting motion picture will take you on a spellbinding journey through the most mysterious book of the Bible—The Book of Revelation. Starring Kirk Cameron, Brad Johnson, Chelsea Noble, and Clarence Gilyard.

Left Behind: Tribulation Force -- In this captivating sequel, journalist Buck Williams and a group of survivors known as the Tribulation Force know the truth about the new leader of One World Government. He has not come to save the world. He is not the Messiah; he is the AntiChrist. But who will believe them as the world rushes toward the apocalypse? Starring Kirk Cameron, Brad Johnson, Chelsea Noble, Clarence Gilyard, and Gordon Currie.

Left Behind: World at War -- It's been 18 months since Nicolae Carpathia's rise to power. The treaty with Israel has been signed, leading to the beginning of the Tribulation. Meanwhile, the Tribulation Force is growing. U.S. President Gerald Fitzhugh, once allies with Carpathia but now speaking out against him, tells Buck to go back to New York or else. Soon, the lives of President Fitzhugh and the Tribulation Force will be connected in ways they could not have possibly imagined. Starring Lou Gossett Jr., Kirk Cameron, Brad Johnson, Jessica Steen, and Gordon Currie. 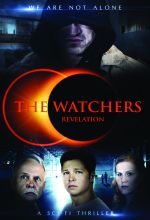 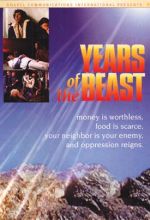 Years Of The Beast