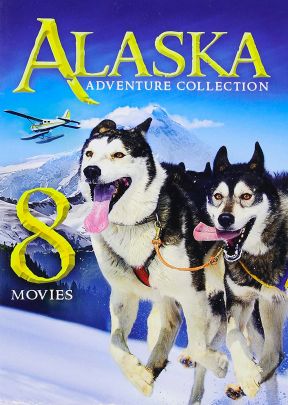 This two-DVD boxed set includes eight adventure movies take place in Alaska: Storm and Sorrow, Legend of the Ruby Silver, Escape from Alaska, Lost in the Barrens, Sign of the Otter, Call of the Yukon, Walking Thunder, and Spirit of the Eagle.

Storm and Sorrow — Molly Higgins, an experienced rock climber, gets an opportunity to join a world-class team bound for snowy Russia. There she fights for respect—and for the lives of others—on the dangerous, avalanche-ridden slopes of Lenin Peak. NR (profanity), 91 minutes.

Legend of the Ruby Silver — A mother and son are hired to lend a hand at a mining site. But as the dangers become more real, they have to decide between their livelihood and their lives. NR (violence), 93 minutes.

Escape from Alaska — In the mountains of Juneau, friends Neal and Jack live for the snowy terrain. But when an oil refinery blast turns the land against them, Jack is killed by an avalanche. Now a new pipeline poses a similar threat, forcing Neal and Jacks wife, Lisa, to team up and stop the city from being buried alive. PG-13 (disaster-related action and peril), 105 minutes.

Lost in the Barrens — Jamie, an orphaned teenager forced to live with his Uncle Angus in the wilderness, and Awasis, a young tribal hunter, become lost on a hunt. The two slowly learn to respect and depend on each other to survive an unforgiving land. Starring Graham Greene. Dove "family-approved" for all ages. 93 minutes.

Sign of the Otter — Sign of the Otter recounts one wilderness family's adventures and encounters with the American Indians, the English, and French in frontier America. Starring Dan Haggerty. PG (mild war violence and language), 90 minutes.

Call of the Yukon — In an Eskimo settlement abandoned each winter because of its harsh weather and vicious wolves, a writer, a trader , and a trapper seek shelter in a deserted cabin with perilous results. B&W, NR (violence), 70 minutes.

Walking Thunder — When young Jacob and his family head west in 1850, their journey is halted by a bear attack. Forced to set up camp in the Rockies, they meet a medicine man and mountain man who teach Jacob the lay of the land. Starring John Denver. PG (frontier violence), 94 minutes. 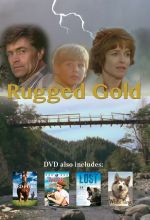 Inspired by a true story and based on the adventure novel, Rugged Gold follows Martha Martin's courageous journey in the Alaskan wilderness.