One Killer Too Many 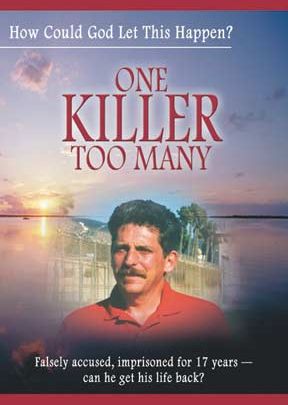 Can you imagine a worse nightmare than this happening to you? Kevin Green was convicted of the attempted murder of his pregnant wife and the killing of their unborn child. He steadfastly insisted his innocence. But they didn't believe him, and he was imprisoned 17 years before DNA evidence proved he didn’t do it and the real murderer confessed. How does one trust, love and serve God when this kind of thing has crushed your life and spirit? This video shows how Kevin not only endured but triumphed through his faith. Fullscreen.

Why does God let bad things happen to good people? This is a question that Christians have been struggling with for millennia. It's the question the Psalmist was asking when he said, "How long, O Lord? Will you forget me forever? How long will you hide your face from me?... How long will my enemy triumph over me?" It's also the question that Kevin Green struggled with for seventeen years as he served a prison sentence for a crime he didn't commit. In 1979, 22-year-old Kevin went across the street to Jack-in-a-Box to get some fast food. When he got home, he found his wife savagely beaten and raped. Some weeks later, his unborn daughter died while his wife was in a coma. Then his nightmare took a turn for the worse he was convicted of the murder of his daughter and the beating of his wife. His sentence: fifteen years to life. During his first several years, Kevin struggled with depression. One day, he decided he would jump from the balcony of the third level cellblock. But as he was walking up the stairs, God intervened. Kevin decided to put his faith in God and when he did that, Kevin recalls a "calmness" that came over him. From that time on, Kevin's prison life changed. He became a leader among the inmates and an intermediary between the inmates and the prison staff. As one guard put it, "He must have had Jesus on his side." Kevin never gave up his claim to innocence, even though he could have been released much earlier if he had. He was denied parole four times over eight years simply because the parole board believed he wasn’t taking responsibility for his actions. Finally, a breakthrough happened. As the police were investigating another unsolved murder, a man named Gerald Parker was connected to the assault on Kevin's wife through DNA evidence. After seventeen years in prison, Kevin was finally vindicated. The 31-minute video would make for great discussion in a class anywhere from high school age on up. A word of warning, however: while the beating and rape themselves are not shown, the depiction of Kevin's discovery of his wife’s body is fairly graphic. Appropriate topics for discussion might include: suffering, God's mercy, God's justice, trusting God in the midst of pain, innocence and guilt, and sharing in Christ's sufferings.

Two hot button questions are raised in this intense short documentary: why does God permit bad things to happen to good people, and what does society owe to a man, falsely convicted of a crime, who spent 17 years in prison before his innocence was proven? Kevin Green insisted that he did not kill his pregnant wife and their unborn child, but the circumstantial evidence mounted against him was strong enough to result in a "guilty" verdict. Green's faith in God that he would someday be set free sustained him during his nearly two-decades-long stint behind bars, which ended after DNA evidence and a confession revealed the real murderer. A powerful story of one man's faith in the face of heartbreaking adversity, this is recommended. 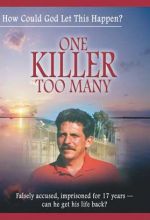