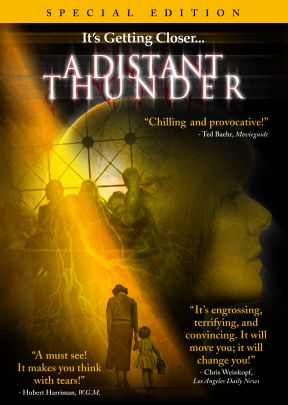 Things are not always as they seem... especially when entering the halls of a desperate mind in this gripping supernatural thriller. Struggling to keep her fragile sanity from unraveling, Prosecutor Ann Brown is offered a murder case that will challenge everything she believes to be true. Uncertain at first whether to accept the assignment, a harrowing encounter with Defense Attorney Tom Condan convinces her to meet the challenge. The deeper she investigates, reality and tormenting delusions collide as she encounters an evil force as unnerving as it is foreboding. In this award-winning movie, terrifying secrets are exposed, and you'll discover the shocking twist which reveals the chilling and the unforeseeable truth.

This film was produced by professional Hollywood filmmakers for today's visually-oriented culture. Fullscreen.

Attorney Ann Brown is pro-choice when she takes a case involving a ruling related to partial birth abortion. The film is clever in concept and powerful in its message. Partial birth abortion is described in gruesome detail, and there are shocking scenes in the movie that only older teens and adults should be exposed to. Though made by Christians, the movie does not get into religion perse, although the moral aspects of the theme are obvious.

With "Distant Thunder", Jonathan Flora has created a dramatic, emotional short film with a clear message-- partial birth abortion is taking a life, plan and simple. Using a Twilight-Zone twist, his film deals with one life cut short by this brutal and most controversial method of abortion. We should all remember one line from the film: Whether we live 90 years or 90 seconds, there's a part of us that goes on forever. This timely film is a call to action to defend the lives of soon-to-be-born children who are inhumanely denied their right to life.

Partial birth abortion, also known by the nicer-sounding “Dilation and Extraction” is one of the most disgusting, nauseating so-called medical procedures in the world. While it may sound inocuous, the details of the procedure are enough to turn the stomach. It is the closest thing to legalized murder I could imagine. A Distant Thunder, a half-hour long supernatural thriller, is an attempt to draw attention to this procedure, which is generating increasing controversy as more states and nations consider legalizing it.

The short but intense movie goes something like this: “Struggling to keep her fragile sanity from unraveling, Prosecutor Ann Brown is offered a murder case that will challenge everything she believes is true. Uncertain at first whether to accept the assignment, a harrowing encounter with Defense Attorney Tom Condan convinces her to meet the challenge. The deeper she investigates, reality and tormenting delusions collide as she encounters an evil force as unnerving as it is foreboding. Terrifying secrets are exposed, and you'll discover the shocking twist which reveals the chilling and unforeseeable truth.”

Overall, the presentation is quite good. The acting is sound and the story moves along well (though I had guessed the shocking twist before it was revealed—something, as my wife can attest, that is rare for me!). The supernatural elements, along with a shower scene (where no nudity is seen due to strategic camera work) render this a movie that requires parental guidance. The DVD includes an edited version which, though I did not view it, presumably removes these scenes. It extras also include a conversation with the filmmakers, commentary with several of the cast members, commentary with the writer/director, and a trailer.

This DVD is a clever and possibly-impactful way of introducing the brutal injustice of partial birth abortion to people who may not care to read about it or who may never otherwise be presented with the facts. http://www.challies.com/music-movies/dvd-review-a-distant-thunder

I highly recommend this DVD which has an excellent script and handles the explosive issue of partial birth abortion with great sensitivity and respect for all the characters involved. It was a refreshing surprise to see how well the message was conveyed without being judgmental and ultimately because one is never too sure what is happening to whom the viewer is pulled into the story. The production values and acting is of the highest caliber. Especially moving was the portrayal of the nurse on the witness stand. This is a short film which is a masterpiece in itself. A remarkable achievement by artists who are committed to truth and yet who are intelligent enough to have successfully avoided the pitfall of making a propaganda film. This is a must have resource for all Christians who are committed to defending the sacredness of life and who are looking for tools to implement the "Culture of Life."

I saw this movie yesterday in Boston. It was well written and directed. What a wonderful cause for God to end abortions now! I have seen actual footage of real abortions, and in the movie they describe it perfectly. If people would see what truly happens to the baby as it is killed in the womb then more would be against any abortions. This movie portrays it so well, the heartbreak of the mom to be after she kills her child, the pain and suffering she is bound to. The innocence of a childhood lost, and the missed opportunity for greatness. One of the ten commandments, "Thou shall not Kill." Why do we allow sin against the Lord our God? I believe this is a must have video, for all that are involved with youth and young adults.

Sozocreative - A Film to Pierce The Darkness

Jonathan & Deborah Flora (writer/director & lead actress) are a godly Christian couple with a burden to thrust the truth through the dark cloud the media has thrown over our eyes. If you've never met the Floras, then make that a high priority! As Disney producer and professional actress, they see themselves as missionaries to Hollywood with video parables (like this one) as the effective means to reach their peers. Pray that God would use this video to challenge the thinking of thinkers worldwide. If you are too comfortable with the abortion status quo, then prepare to be thrown out of your easy chair after you've seen A Distant Thunder.

Anne Craft - Be aware-the content of Distant Thunder can be disturbing!

I was disappointed by this video: the images that flash onto the screen are disturbing, reminding me of a horror film. It should be rated "R" to make viewers aware of the impact of certain images to viewers under mid-teen. The message about partial birth abortion is strong and needs to be told. But, the story does not flow together and tell the story well. I do not recommend this for family viewing, or for youth groups.

This is a tremendous movie!! It is confusing watching it the 1st time but then go to the bonus material read the conversations with the experts the one with the crew cast. THEN WATCH IT AGAIN. I do not recommend this to be viewed by children, this is an adult subject matter of partial birth abortion there are scenes that can be upsetting to adults much less children BUT they are necessary to the story. It is an ugly subject we have to face it head on learn about it in order to lift our voices against it, And lift our voices we must!!! The "church" believers have been silent for far too long about this subject in any of its horrid forms of child sacrifice. A day of judgment is coming and we will be asked why we stood silently by while this horror was going on. I pray earnestly that this movie is viewed by many changes hearts, minds souls. 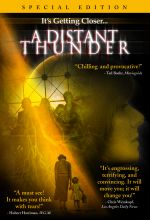