Man With A Mission 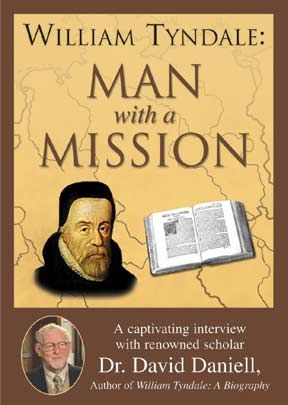 This DVD is a must-have for anyone interested in the life and work of William Tyndale and the behind-the-scenes history of the Bible in English. Includes an in-depth interview with renowned Tyndale scholar Dr. David Daniell.

Here is a captivating interview with renowned Tyndale scholar Dr. David Daniell, author of the authoritative William Tyndale: A Biography. In this program, Dr. Daniell shares fascinating insights into many little-known details of Tyndale's life and how he followed his call from God to make the Scriptures available in the English language. We learn of Tyndale's decision to leave England, knowing that he would most likely never be able to return, and we discover what Tyndale's life was like on the run, living as a wanted fugitive. A must-have for anyone interested in the life and work of William Tyndale and the behind-the-scenes history of the Bible in English. Fullscreen.

In William Tyndale’s 16th-century England, it was not only rare to own a Bible, but also a crime to possess an English version, even though other countries had permitted vernacular translations for years. In Man with a Mission, David Daniell, author of William Tyndale: A Biography, presents the story of the scholar, martyr, and “father of the English Bible,” who devoted his life’s work to making the word of God accessible to the common man and woman. In telling this inspirational story, the program effectively combines historical background context (on topics such as the evolution of printing), drawings, on-location footage, and clips from the 1986 dramatic film God’s Outlaw to illustrate how Tyndale kept one step ahead of the law (at one point he was the most hunted man in England) until his final betrayal and execution (Tyndale completed his English translation of the New Testament in 1525 in Germany, and was killed a decade later). Recommended.

Owning a Bible written in the English language was a crime punishable by death when Tyndale was alive. Due to the political and religious structure, the Church of England desired to keep the Bible in the Latin language, which was not the common dialect of the people. But Tyndale desired to make the Bible available to the people of Great Britain in their national language. Through the study of Dr. David Daniell and the words of Russell Boulter, viewers will learn how Tyndale dedicated his life to printing an English-language version of the Bible. Even though he was a brilliant scholar, Tyndale was considered an outlaw by the Church of England, due to his continued struggle to make God’s Word available to the commoners. According to Daniell, Tyndale translated the Scriptures with clarity for all to read and comprehend God’s message. In a documentary-style approach, this DVD is perfect for teens and adults. With subtitles and a language choice of English or Spanish, it’s great for Sunday school classes and Christian school Bible classes. In addition to introducing viewers to Tyndale and his legacy, it will challenge them to also follow God’s call.

Dr. David Daniell, biographer of early Bible translator William Tyndale, provides the backbone of this 42-minute exploration of Tyndale's mission to translate the Bible into English during the 16th century. Starting with Tyndale's childhood, Daniell outlines the martyr's developing passion for making the Scripture available to his countrymen, and the persecution and trials he experienced. Snippets of footage from the video "God's Outlaw: The Story of William Tyndale" (Vision Video, 2004), are interspersed with Daniell's narrative, along with occasional segments featuring Russell Boulter who voiced Tyndale's part in the animated "Torchlighters: William Tyndale" (Vision Video, 2005). Daniell incorporates a good deal of historical and church history content in the narrative. As a historical study, "Man with a Mission" is an interesting overview of a man who influenced Christianity in the English-speaking world. The information is easily understood and the visuals are varied enough to make the static interview segments manageable. Frequently the video cuts from "God's Outlaw" leaving the viewer a bit puzzled about what the characters are saying, as the sound is generally muted while Daniell narrates. Students, people interested in church history, and individuals with a curiosity about Tyndale will find this presentation informational and inspiring. It would be best used in tandem with "God's Outlaw" for an even better rounded perspective of Tyndale.

William Tyndale is one of my heroes and his portrait hangs over my desk. He is a man who lived his life in service to God and left a legacy which we simply cannot underestimate. Tyndale was, of course, the first man to make and print a translation of the Scriptures from the Greek into English. His translation formed much of the basis for the eventual King James translation and in that way is still in use today and is still precious to many believers. He gave his life for his work which eventually totalled all of the New Testament and the first two sections of the Old. He gave his life for the privilege of translating Scripture. And what I most admire about Tyndale—what I would most want to emulate—is his passion for the Scriptures. He trusted in the promises of Scripture, that it is living and active, and had great faith in what would happen when the Scriptures were released to to English people.

Man With A Mission is an interview with Tyndale scholar and biographer Dr. David Daniell who wrote William Tyndale: A Biography. This book is, by all accounts, the authoritative account of Tyndale’s life. Daniell knows as much about his subject and this DVD is complementary to that book. He provides an overview of Tyndale’s life and provides many fascinating and little-known details about the man. He takes us from the years of Tyndale’s formal education to his martyrdom, focusing primarily, of course, on his work of translation which was so often done in secrecy and while hiding from the Catholic authorities.

This is a very interesting presentation and one that is well worth viewing. It clocks in at 42 minutes and, unfortunately, the disc does not include any bonus features. http://www.challies.com/music-movies/dvd-review-man-with-a-mission

Man with a Mission Guide 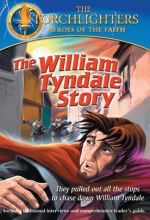 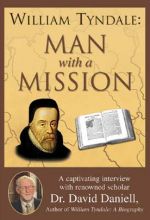