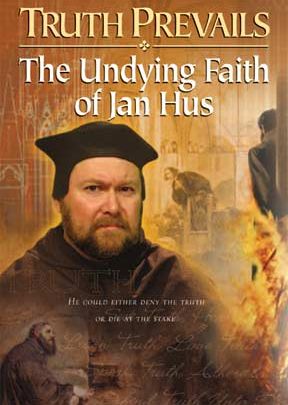 Truth Prevails, a quote from Hus himself, is an hour-long documentary from The Christian History Institute and award-winning filmmakers Jerry and Misha Griffith. Using location footage, interviews with prominent historians and period artwork, this film follow the struggles of Jan Hus and the efforts of modern scholars which ultimately led Pope John Paul II to apologize for the Church's actions.

Over 600 years ago, a humble peasant stood alone against pope, emperor and king. He could either deny the truth he believed with all his heart, or he could die at the stake. Today Jan Hus is little known outside of his native Czech Republic, but in his day he challenged corrupt church officials and inspired thousands to live for truth. In an age when Europe was divided between three popes, when pestilence claimed one in three lives and church offices were available to the highest bidder, Hus defied the earthly authorities to seek truth directly from the Word of God.

Truth Prevails, a quote from Hus himself, is an hour-long documentary from The Christian History Institute and award-winning filmmakers Jerry and Misha Griffith. Using location footage, interviews with prominent historians and period artwork, this film follow the struggles of Jan Hus and the efforts of modern scholars which ultimately led Pope John Paul II to apologize for the Church's actions.

Truth Prevails is more than just a look at an amazing life in a turbulent time. It is also a thought-provoking examination of many difficult issues facing anyone living in any time: When should we stand our ground and when should we back down? Which issues are worth dying for? How should we speak out against what we know is wrong? And ultimately, when should we ask for and offer forgiveness? Fullscreen.

Bonus Material:
- Extended interviews
- Historical timeline featurette - includes other events going on around the time of Hus, provided for context and perspective
- Discussion guide in PDF, available at www.visionvideo.com

In December 1999, John Paul II officially apologized for the torture and death of Jan Hus, a 15th century Catholic priest in Bohemia (present day Czech Republic). It took eight years of research on the parts of historians and theologians to reach this conclusion. This 56 minute documentary from the Christian History Institute is an excellent introduction to the life and times of Jan Hus. Today, Hus is considered a martyr and a national hero. He challenged the corruption of the Catholic church and clergy and criticized the buying and selling of church offices. "Truth Prevails" quotes from Hus' writings, interviews historians and uses location footage and period art to present the struggles this man of faith endured and his efforts to reform the Catholic church one hundred years before Martin Luther. An excellent acquisition for any church library to introduce teens and adults to the amazing man. The DVD includes extended interviews, an historical timeline and a discussion guide in PDF format.

Most people haven't heard of Jan Hus. I know I hadn't heard of him until I started attending a church that celebrates Reformation Day instead of Halloween. We usually have dinner and music from the 15th and 16th centuries and watch a play about one of the reformers, like Martin Luther or John Calvin. For the children there are games and quizzes, and one year there was a scavenger hunt with posters of famous people from the Reformation taped up on walls all over the church building. Everyone had a score sheet with blanks to fill in, and they had to hunt for the information for the blanks, unless they were very up on their Church history. That's how I was introduced to Jan Hus! Hus was a humble peasant born in Bohemia (now the Czech Republic). He became a priest in the Catholic Church (the only church, in those days). The world was in turmoil: the Black Death, three men all claiming to be the right Pope, political struggles, conflict with Islam. What troubled Hus most, however, was the corruption in the Church, and the distance church practices put between the worshiper and God. He was a seeker after truth. He preached in the common language of the people. He kept preaching when ordered to stop. He was excommunicated for his defiance. Invited to defend his writings, offered safe conduct, he was betrayed, imprisoned, and eventually burned. Hundreds of years later, the Pope admitted the Catholic Church's mistake and mistreatment of the man. Truth Prevails is an award-winning one-hour documentary produced by the Christian History Institute. The story is presented chronologically, after a brief introduction detailing the modern-day Catholic Church's remarkable turnaround. Hus' life and the times he lived in are presented through period artwork, cleverly presented to give an illusion of life and movement. There are quotations from Hus' own writings and letters and journals of his contemporaries. A number of historians take turns telling his story and offering analysis. Instead of dramatic scenes improvising on the material, an actor in period costume speaks words from Hus' pen, his books and letters. A priest pops in on occasion to explain Catholic terms such as transubstantiation and Purgatory. A note of caution: This video might not be suitable to your younger viewers. Some of the artwork shows nude bodies (for example, a painting of souls being released from Purgatory, and another of the debaucheries of monks and church officials). There are a number of images of Hus being burned at the stake. Bonus features include extended interviews with the historians who appear in the documentary, and a ten-minute talking timeline. There is an Epilogue that gives more background on one of the historians used in the film, who later had his credentials pulled because he sold secrets to the Communist secret police. However, two of the other historians (who had suffered under the Communists) insisted that his research remain in the film. In addition, a discussion guide is available in PDF form at www.visionvideo.com. This is a fascinating look at a man who stood for his faith, who refused to compromise Biblical truth in order to save his life. It's a good resource if you're studying this period of history, or if you're studying Church history. - Virginia Jones

Who was Jan Hus? A hero? A heretic? A saint? A martyr? A deluded man? Filmmakers Jerry and Misha Griffith's Truth Prevails profiles the life of the reform-minded 14th-century Bohemian cleric who defied pope, emperor, and king, only to be imprisoned, labeled a heretic, and burned at the stake. The documentary looks at Hus' life as a scholar, reformer, nationalist, revolutionary, and victim, weaving together several complex storylines with the aid of scholarly commentary, interviews, location footage, and beautiful art work. The film opens in Rome in December 1999, at the end of eight years of scholarly investigation into Hus' life at the behest of Pope John Paul II, and concludes with a defense of religious freedom and an apology for Hus' cruel death, with the Church admitting its error in wrongly condemning an innocent man whose only crime was seeking God. An epilogue contains a startling revelation: Frantisek Holecek, one of the papal scholars interviewed here, was later found to be a member of the secret police, selling information to the Russians while contributing to the investigation of Hus' case. A high quality offering from the Christian History Institute, this informative and provocative documentary features DVD extras including extended interviews, a historical timeline, and a downloadable PDF discussion guide. Highly recommended.

This video is a brilliant compilation of imagery, artistry and the facts. They are presented to the viewer through comfortable narration and the use of intelligent scholars. Another noteworthy point about the video, is the lack of the usual story-line clutter and over usage of reenactors presenting unbelievable interpretations of a historical era. Instead, Jan Hus is portrayed by an actor who occasionally presents factual quotes that are known to have been actually spoken by Hus when he was educating anyone who would listen to his truths. I regularly loan this video to friends and I recommend to anyone to get this video for future biblical reference. I have no reservation about giving the Griffith's film a five star rating.

Martin Huson - Hus would have been proud

I recently viewed Truth Prevails and was pleased with the movie. As a history buff and devout Christian, I was interested in having a better understanding of some of Christianity's less known stories. I found the documentary both interesting and compelling. The movie was well edited and the narration was clear and easy to understand. Although most documentaries have some acting involved to help the story along, this had one actor who gave the viewer a theatrical view of words spoken by Hus himself. The actor looked every bit the part and his presence was felt as he delicately put the words of Hus to life. I would encourage anyone interested in the rich history of Christianity to view this video, it makes for an excellent library addition. Martin Huson 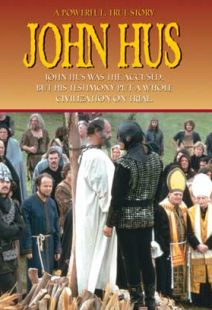 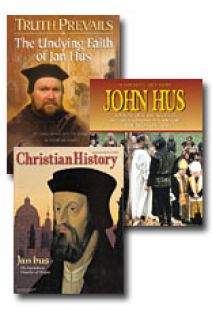 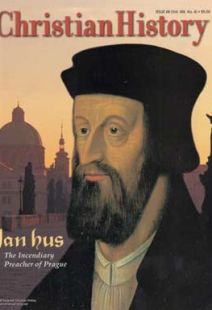 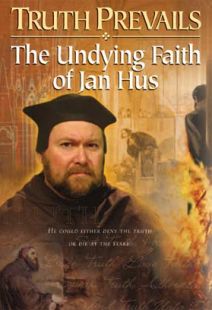