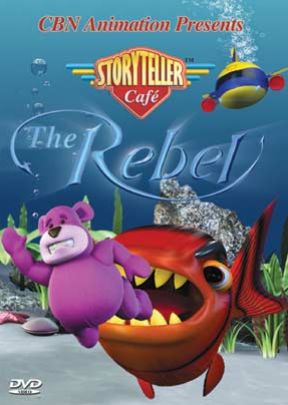 This animated episode brings the Bible to life in a new way for kids. With a laptop computer as the stage, the characters dive into these miraculous stories to learn about God's love. Storyteller Cafe: The Rebel -- This story about Jonah and the whale helps children understand how disobedience to God can have very serious consequences. Join Pete and the gang as they discover Biblical truths in a most unusual manner!

When the lights are out and the door is locked, the toys come alive at the Storyteller Cafe! Join Pete the WWII pilot, Tex the lasso-wielding yo-yo, Gallop the happy-go-lucky horse, Tina the tutu-wearing elephant, and a myriad of other fun characters in this award-winning, 3-D computer animated series for ages 4-12.

In each episode, children will see the Bible brought to life in a new, engaging way as the toys re-enact treasured stories from the Bible. Children will not only be delighted by the friends at the Cafe, but also enriched by their message. So meet us at the Storyteller Cafe for miraculous stories about God's love for us.

In "The Rebel," a daring rescue goes underway after one of the toys falls into the Cafe fish tank! After all the toys are safe and dry, they all settle in for the Bible story of Jonah and the whale. Children will learn how disobedience to God can have very serious consequences. Join Pete and the gang as they dive into Biblical truths in a most unusual manner! Fullscreen.

Part of a television series produced by the Christian Broadcasting Network, Storyteller Cafe uses 3-D computer animation to adapt Bible stories for children. Vaguely reminiscent of Toy Story (behind a closed bedroom door, toys have a life of their own), the cafe crew includes Pete the pilot, Gallop the horse, Tina the tutu-wearing elephant, various combat action figure dolls, and several other characters who help teach lessons from the Good Book. In The Rebel, young viewers learn through the story of Jonah that it's not such a good idea to disobey God. After the rescue of one of the toys -- who's fallen into an aquarium, where a big hungry fish is waiting for lunch -- Pete tells his friends about Jonah's experience with a very big whale. Commanded by God to go to the city of Nineveh to preach to a bunch of mean people. Jonah was afraid and hopped the first ship out of town in the hopes of hiding from God. Before long, a terrible storm brews and the crew -- suspecting that Jonah is the cause -- toss him overboard, after which he's swallowed by a whale. Jonah is eventually spit out -- you guessed it -- in the city of Nineveh where he delivers a message of love and forgiveness to the townsfolk. DVD extras include a "making-of" featurette. Also newly available in the Storyteller Cafe series is is The Battle. Recommended.

After the cafe closes, the toys comes to life. In this episode, a toy falls into the fish tank. The other toys watch in horror as the toy is chased by a huge fish trying to eat it. Using a toy submarine, the others manage to rescue the toy in spite of the big fish. After the rescue, Pete, the aviator, reads the story of Jonah from "The Book." The other toys help by acting out the story. They see how Jonah tried to go his own way and run from God. They learn you can't run from God. God is everywhere. It also explains how a whale could swallow a man. It is uniquely told. The whole family will get a new insight into this wonderful story from the Bible. It also could be used in a Sunday school lesson. 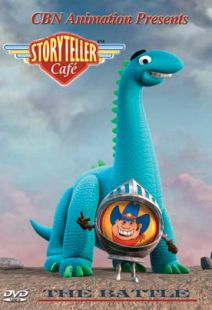 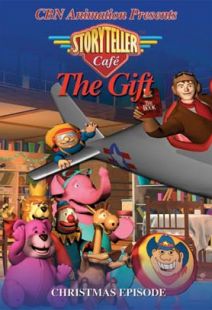 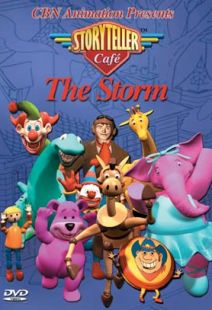 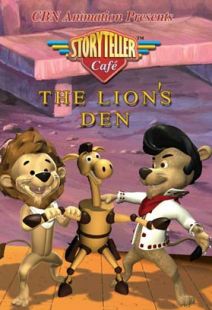 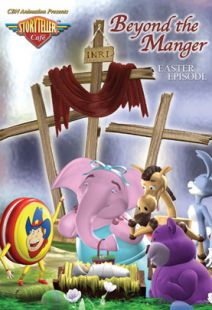 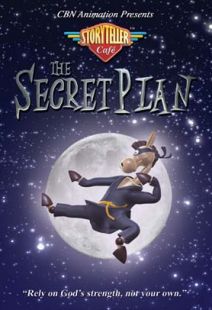 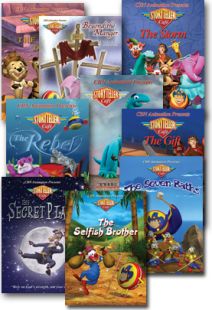 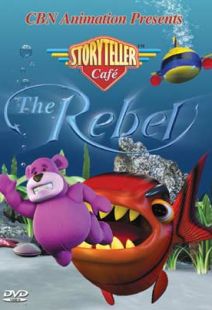