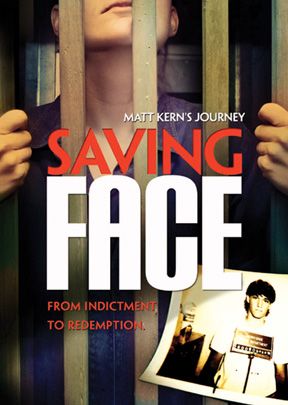 Matt Kern went from being an "A" student to flunking out. While repeating the eighth grade, he was the MVP sports hero during the week and partier and car thief on the weekend. One night in March, 1988, his double life caught up with him. He and two friends decided to steal a car but in a moment's haste, one of the friends shot and killed the driver. All three received varying sentences; Matt got 60 years.

At Florida's DeSoto Correctional Institute, Matt was the youngest inmate among 1,100 men. The dominant inmates in prison victimized most young males, but Matt refused to become a victim. He earned the respect of the other inmates through violence and threats. They nicknamed him "Face." Unbeknownst to his parents, Matt not only survived but thrived in prison. He made and sold wine and loansharked, among other things. With his profits he bank-rolled a gambling operation. At one point he was sending money home to his brother. His prison schemes continued until his sixth year of incarceration when striking another inmate with a pipe landed him in 13 months of Solitary Confinement. For the first time in his life, he experienced guilt. It was the beginning of a spiritual awakening and the providential way in which Matt received clemency.

This compelling story reveals the details of how choices can ruin a life, what life is really like in prison, and how God still works in miraculous ways. Widescreen.

Matt Kern was class president, an honor student, and an MVP in sports, but all that changed when he began running with the wrong crowd on weekends and skipping school. One night in 1988, during a car heist gone wrong, Matt's companion killed the automobile's driver, using Matt's gun. The two were convicted, and 15-year old Matt was sentenced to 60 year in Florida's DeSoto Correctional Institute. As the youngest inmate among 1,100 men, Matt used his wits and strength to survive; nicknamed "Face," he wheeled and dealed his way through the system until and act of violence sent him into solitary confinement for 13 months. Out of boredom, Matt turned to the Bible and for the first time confronted the issue of his own personal responsibility. Eventually granted clemency and released, Matt describes his experience in Saving Face, with Matt's mother, father, brothers, sister-in-law, and members of his extended prison family each adding their own perspectives as the documentary chronicles Matt's transitional return to society and a normal life. A well-organized profile with sociological appeal that will attract viewers beyond the intended Christians audience, DVD extras include an interview with Matt and a Christian Perspective clip. Recommended.

Vision Video is a premiere providers of inexpensive but flawlessly produced DVDs that are particularly appropriate for personal, congregational, and community library collections. Saving Face: Matt Kern's journey from Indictment to Redemption is that story of a young man, along with two friends, stole a car and in the process, one of the them shot and killed the driver. For his part in the crime Matt was sentenced to 60 years in prison. It was while in Florida's DeSoto Correctional Institute that Matt (the youngest male among 1,100 men) suffered brutally, and during it all, was able to experience a spiritual awakening that would change his life.

Is it possible for a hardhearted man, sentenced to 60 years in prison for aiding in murder, to experience a change of heart while incarcerated? Matt Kern found himself in this position at 16. After 13 months in solitary confinement with a Bible, however, he became a living testimony that change no matter how extraordinary, is possible through Christ.

Through interviews and reenacted flashbacks, Matt's transformation is recounted.

The movie is intriguing, powerful, and well told from several angles. Due to retelling of brief violent and sexual material, parental guidance is suggested. 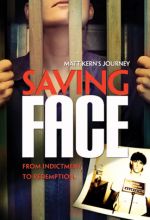