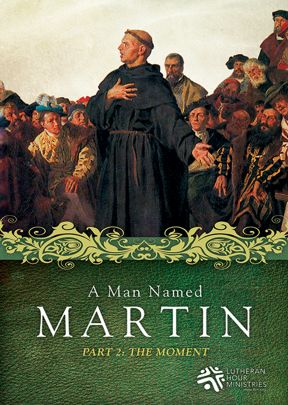 Part 2: The Moment. From Luther’s inner struggles of conscience and faith to his call for debate with the Pope to his scathing rebuke of erroneous church practice, this installment examines the semi-scriptural and oft-times unethical teachings and doctrines of the late Medieval Church and how Luther addressed them.

In A Man Named Martin—Part 2: The Moment, viewers will witness the interplay of personalities and events that led to the Protestant Reformation. From Luther’s inner struggles of conscience and faith to his call for debate with the Pope to his scathing rebuke of erroneous church practice, this installment examines the semi-scriptural and oft-times unethical teachings and doctrines of the late Medieval Church and how Luther addressed them. From purgatory, penance, and indulgences to the treasury of merits of Christ, Masses for the dead, and the institution of the Papacy, Luther—and other like-minded reformers—had a misinformation overload on their hands.

A cast of scholars and professional church workers share their expertise on the cultural and religious milieu in which Luther operated. A discussion guide, complete with numerous Internet links and helpful questions, assists viewers toward a deeper understanding of this critical period in the life of Christ’s church on earth. A supplementary text, The Reformation Twelve, gives viewers a look at the prominent figures who shared the religious stage in early 16th-century Europe.

DVD includes both the 65-minute television version and a three-part Bible study version with PDF guides and optional English subtitles.

This second part of the biographical documentary series A Man Named Martin explores the theological and practical ramifications of Martin Luther's key legacy: the Protestant Reformation. After a quick introduction that reviews Luther's rejection of the late-medieval Catholic Church's various forms of corruption (particularly the selling of dispensations) and its self-serving demands centered on the strict and complicated rules concerning faithful practices, The Moment explains the origins of several areas of Catholic doctrine, including the existence of Purgatory, the exalted role of Mary, the "miracle" of transubstantiation, and the process of confession—all pillars of Catholicism that, viewers are told, have their roots in dubious developments that often contradict earlier doctrine or which are the result of willful distortions in translated language. This historical/theological detour sets the stage for a deeper understanding of Luther's view of the Gospels, which he believed reveal more about what God offers us instead of the other way around. Luther's original take on the Gospels caught on with the public, but also made his ideas a huge danger to the Church's need for absolute control. Drawing on comments from scholars and authors to present a compelling story of Luther's journey as a religious reformist, this is highly recommended. 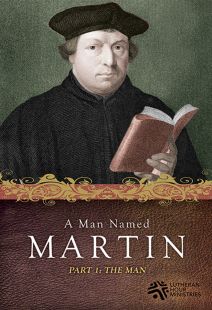 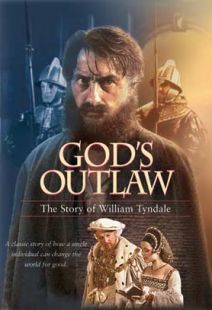 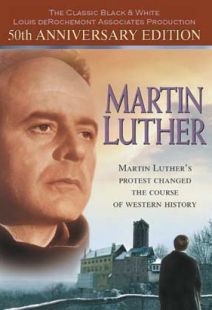 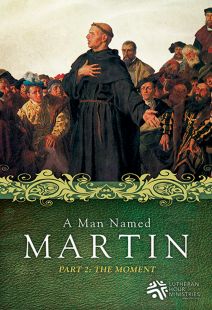 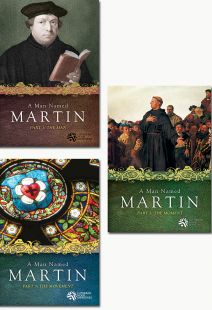