Wings of an Eagle 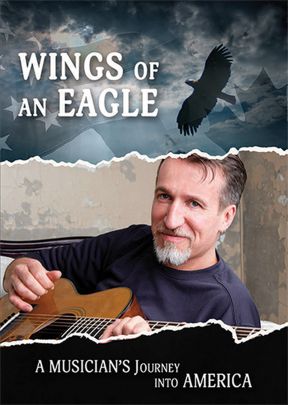 A Musician's Journey into America - After decades of pouring his heart and faith into his music singer-song writer Steve Bell gets the chance to play a private concert for CBS Studios President that could change his career forever.

Singer-song writer Steve Bell has been on the road for over twenty-five years pouring his heart and soul into his music. After thousands of concerts around the world and seventeen albums, he’s still touring from church to church playing wherever he can.

Despite a faithful fan-base, including many powerful supporters, the man once considered “Canada’s best kept musical secret” and “the next Michael W. Smith” has never achieved the elusive “breakout” in the United States market – a breakout that would mean financial freedom to keep doing what he does.

Now, at the age of 54, after years of physical, financial and emotional struggles, Steve Bell has been given a rare opportunity to play a private concert at CBS Studios in Hollywood that could change it all…

A feature-length documentary about a middle-aged, Canadian singer-songwriter in the Christian music genre might sound like something aimed at a niche audience. But however one feels about the tunes and ministering lyrics of Steve Bell, Wings of an Eagle delivers an interesting primer on several aspects of the music business that should draw secular as well as faith-based viewers. Despite recording over a dozen albums, exhibiting outstanding musicianship (he's a whiz on acoustic guitar), having a singing voice reminiscent of the Eagles' Timothy B. Schmit, and winning two Juno awards—among other career achievements—Bell has never broken into the mainstream. It's not for want of trying; Bell has had teams of hardworking marketers, record label executives, managers, and others striving to push him uphill. But market forces, industry manipulators (well-paid "consultants" who make and break stars), perceptions, and sheer bad luck have consistently pulled Bell back to his roots as an itinerant performer to small audiences in church halls. After all of his up-and-down success, Bell still acts as his own roadie, setting up and breaking down his concert gear. The film also looks at Bell's life: his childhood in a family band supporting the mission of his chaplain father, early days in a late-1970s band, marriage to a childhood sweetheart, and process of transforming into a Christian-music artist. Here, opportunity comes knocking when Bell gets the chance to perform in concert at CBS Studios at the request of the company's president. Ultimately, as one peer puts it, if success for Bell can be measured in the amount of light that he's brought into the world, then he's a giant. A fine inspirational portrait, this is recommended. 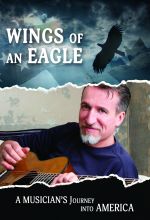 After decades of pouring his heart and faith into his music with modest success, singer-song writer Steve Bell gets the chance to play a private concert at CBS Studios at the request of CBS Studios President Michael Klausman that could change his career forever.