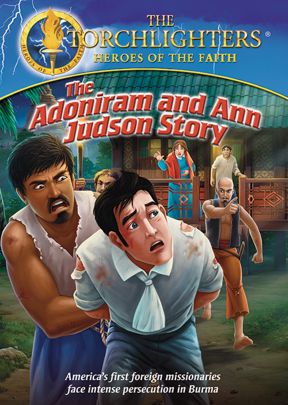 Adoniram Judson and his wife Ann were the first missionaries from the United States. The young couple set out for Burma where they worked to reach souls in a land where professing Christ would mean certain death.

Adoniram Judson and his wife Ann were the first missionaries from the United States. The young couple set out for Burma where they worked to reach souls in a land where professing Christ would mean certain death. When religious leaders falsely accused Adoniram of spying, Burma’s ruthless king threw him into prison, leaving Ann and her unborn child to struggle alone. Will Adoniram escape death and reunite with his wife and child? Will their Bible translation, the only one of its kind, be lost forever?

The Torchlighters: The Adoniram and Ann Judson Story

As inspiring stories of Christian missionaries go, it’s hard to beat the waves of adversity faced by 18th-19th century Protestant missionaries Adoniram and Ann Judson—the first to be sent abroad from America—who married at a young age and resolved to teach the Gospel in Burma (now Myanmar). The Massachusetts couple said goodbye to their families (evangelists traveling that far were not likely to return for a visit in those days) and arrived in Burma to discover a very undeveloped country with a proud, easily-ruffled king. The Judsons lost a baby during the ship’s passage to Burma, and then a second one after seven months (in all, three children would die, leaving them childless). The Judsons suffered immeasurably from disease, arrest, and brutality, but were able to fulfill their mission (Myanmar is currently home to the third largest population of Baptist Christians worldwide, and the Judsons’ Burmese translation of the Bible continues to be used there). Directed by Robert Fernandez, this inspiring animated documentary portrait of an early Christian missionary couple is recommended. Aud: P. (T. Keogh) 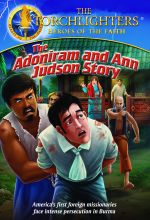 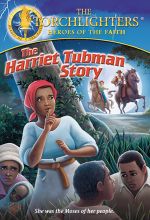 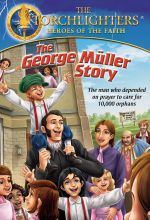