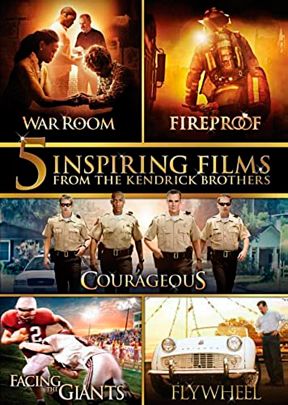 Courageous — As law enforcement officers, Adam Mitchell, Nathan Hayes and their partners willingly stand up to the worst the world can offer, yet at the end of the day, they face a challenge that none of them are truly prepared to tackle: fatherhood. While they consistently give their best on the job, they quickly discover that their children are beginning to drift further away from them. When tragedy hits home, these men are left with a newfound urgency to renew their faith in order to become closer to their children. (English, French Portuguese and Spanish,, Est , Sst ,Ptst, Mst, Kst and Thai st)

Fireproof — Lt. Caleb Holt lives by the old firefighter's adage: Never leave your partner behind. Inside burning buildings, it's his natural instinct. In the cooling embers of his marriage, it's another story. After a decade of marriage, Caleb and Catherine Holt have drifted so far apart that they are ready to move on without each other. Yet as they prepare to enter divorce proceedings, Caleb's dad asks his son to try an experiment: The Love Dare. While hoping The Love Dare has nothing to do with his parents' newfound faith, Caleb commits to the challenge. But can he attempt to love his wife while avoiding God's love for him? Will he be able to demonstrate love over and over again to a person who's no longer receptive to his love? Or is this just another marriage destined to go up in smoke? From the creators of Facing the Giants, this action-packed love story stars Kirk Cameron, Erin Bethea, and Ken Bevel. Rated PG.( English , Spanish, Est , Sst ,Ptst, Mst.)

Facing the Giants — In six years of coaching, Grant Taylor has never led his Shiloh Eagles to a winning season. After learning that he and his wife Brooke face infertility, Grant discovers that a group of fathers are secretly organizing to have him dismissed as head coach. Devastated by his circumstances, he cries out to God in desperation. When Grant receives a message from an unexpected visitor, he searches for a stronger purpose for his football team. He dares to challenge his players to believe God for the impossible on and off the field. When faced with unbelievable odds, the Eagles must step up to their greatest test of strength and courage. What transpires is a dynamic story of the fight between faith and fear. Facing the Giants is a powerful experience for the whole family inspiring viewers to live with faith, hope, and love! Rated PG. (English, Spanish , French and Portuguese, Est, Sst, Fst Ptst, Mst and Thai st)

Flywheel — Jay Austin (Alex Kendrick) wants to sell you a used car, but watch out! Many victims have fallen prey to his smiling face and hasty promises. Austin does everything his way until his dishonesty and manipulation are repeatedly exposed. Like many men, he becomes disgusted by the masks he wears and lies he tells. While having a classic convertible repaired, Austin begins a humorous and powerful journey to win back the hearts of his wife (Janet Lee Dapper), his son (Richie Hunnewell) and his community. In every man's life, there can be a turning point. When Jay Austin takes it, he never looks back. Filmed on location in Albany, Georgia, Flywheel is an inspiring family movie surprising audiences with laughter and tears and loved by young and old. ( Englsish, Est, Sst, Fst)

War Room — From the award-winning creators of Fireproof and Courageous comes War Room, a compelling drama with humor and heart that explores the power that prayer can have on marriages, parenting, careers, friendships, and every other area of our lives. Tony and Elizabeth Jordan have it all – great jobs, a beautiful daughter, and their dream house. But appearances can be deceiving. Tony and Elizabeth Jordan’s world is actually crumbling under the strain of a failing marriage. While Tony basks in his professional success and flirts with temptation, Elizabeth resigns herself to increasing bitterness. But their lives take an unexpected turn when Elizabeth meets her newest client, Miss Clara, and is challenged to establish a “war room” and a battle plan of prayer for her family. As Elizabeth tries to fight for her family, Tony’s hidden struggles come to light. Tony must decide if he will make amends to his family and prove Miss Clara’s wisdom that victories don’t come by accident. ( English, French, Spanish,Est, Fst, Sst) 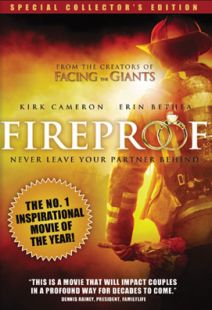 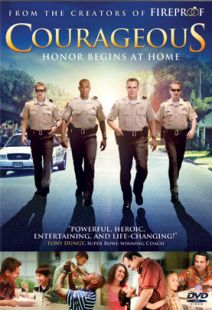 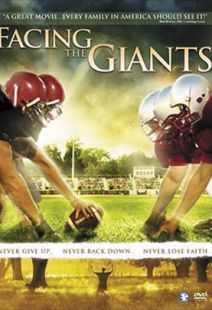 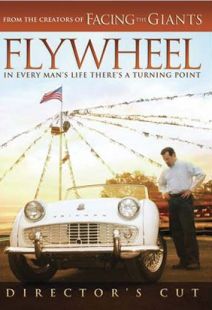