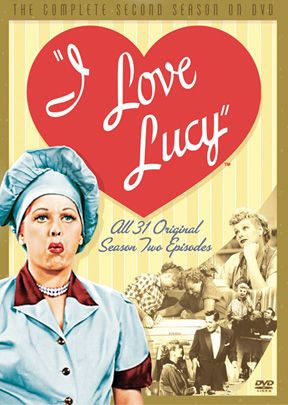 Includes all 31 episodes of the second season of the beloved television series starring Lucille Ball.

From its 1951 premiere to the present day, I Love Lucy has never been off the air! You’ll see why in this hilarious five-disc DVD collection, containing the show’s entire second season. Laugh out loud at such gems as “Job Switching”—in which Lucy and Ethel do unforgettable battle with a chocolate factory conveyor belt; “ The Handcuffs”—in which Lucy cuffs herself to Ricky and then loses the key; and “The Operetta”—in which Lucy’s money problems bring down the curtain on her role as “Queen of the Gypsies.” This collection also includes the groundbreaking “pregnancy shows,” including the touching moment at the Tropicana when Lucy breaks the news to Ricky that they are going to have a baby; and “Lucy Goes to the Hospital”—the record-setting episode that garnered the highest rating in the history of television! Includes all 31 episodes on five discs.