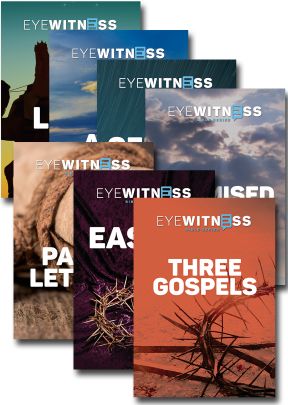 The Eyewitness Bible Series is a fascinating behind-the-scenes study of the people and stories that are bedrock to the Christian faith, ancient stories that still echo with deep signficance for today’s world through eyewitness accounts. The series of narrations are an exploration of Scripture to empower your faith. This set of seven includes Luke, Acts, Genesis & Job, Promised Land, Paul's Letters, Easter, and Three Gospels.

Paul's Letters: There is treasure hidden in Paul’s thirteen letters, but the path to find it is not obvious. In the Bible Paul’s letters are not sequenced in chronological order. Paul wrote his letters within the two decades of A.D. 48 to A.D. 68. His thirteen generally accepted letters are arranged in the New Testament in two blocks: the nine written to churches, then the four written to individuals. The nine written to churches are generally placed in order by length. This series presents Paul’s letters in 17 segments.

Easter: The Easter Series is a collection of eight episodes from other Eyewitness series. These episodes are selected to be watched on each day of Holy Week, starting with Palm Sunday and ending on Easter Sunday. The Triumphal Entry of Jesus into Jerusalem took place on Palm Sunday when people threw palm branches on his path. This event is told in varying degree of detail in all four gospels. The narration for this event is by an unlikely character. Fig Monday's episode shows Lazarus telling his story of being resurrected. We do not know precisely when Lazarus was raised from the dead, but this occurrence probably wasn’t too long before the Triumphal Entry. Lazarus was a controversial figure for the Jewish authorities during this time because he was solid proof that Jesus could raise people from the dead. Holy Tuesday’s episode shows Andrew’s story. According to John 12:21-22, after the Triumphal Entry, a number of Greeks wanted to meet Jesus. Andrew and Philip told Jesus about their request. Andrew tells of how he overcame his loneliness by introducing people to Jesus. Spy Wednesday is an episode told by Judas. This episode is set in a time period long before Holy Week, but it will give you some insight about how Judas came to betray Jesus. Maundy Thursday’s episode is an interpretation of the story of the vine and branches that Jesus taught on Thursday night before his crucifixion. This interpretation is narrated by Philip the Apostle. Good Friday’s episode is told by two of the main characters of the trial of Jesus. Peter tells about how he denied Jesus, and Pilate tells how he condemned Jesus to death on a cross. Black Saturday’s episode is told by Joseph of Arimathea, who was very involved in the death and burial of Jesus. Imagine how he must have felt on Saturday after burying the body of Jesus the day before. Easter Sunday’s episode is told by Mary Magdalene, the first person to see the resurrected Jesus. She had been a faithful follower of Jesus since he had healed her of demon possession.

Three Gospels: The New Testament begins with four accounts of the life of Christ known as the Gospels – Matthew, Mark, Luke, and John. The four Gospel books differ in what stories they include and how the stories are told. None of the four Gospels are meant to be a complete, detailed life of Jesus. This volume of the Eyewitness Bible covers the three Gospels of Mathew, Mark, and John. Another Eyewitness Bible volume is already dedicated solely to the book of Luke. The multiple Gospel accounts help us see the brilliance of the Spirit in meeting the needs of the original audiences as well as audiences over the following two millennia. The Three Gospels series is presented in 13 segments. 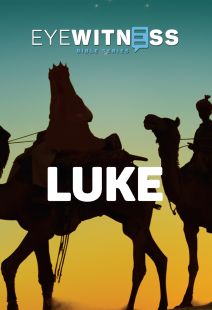 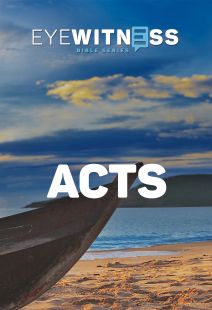 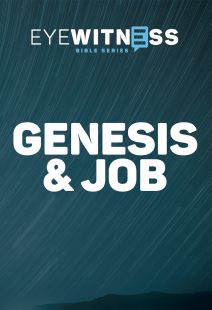 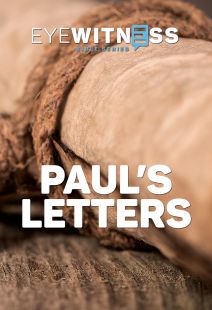 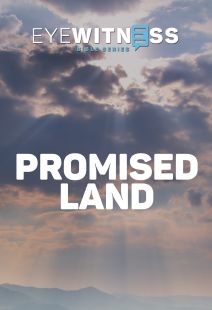 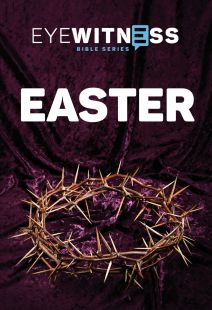 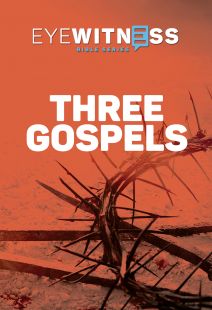