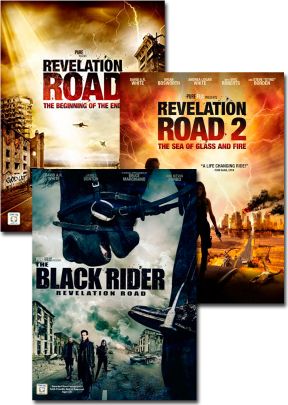 Revelation Road — Where were you when the world ended? The right man at the wrong time, Josh foiled a robbery perpetrated by The Barbarians, an outlaw biker gang. Then it happened. An unnatural flash in the sky, followed by a crippling series of earthquakes, throws the entire world into chaos. Josh's only goal is to get home to his family, but he'll have to fight his way through the Barbarians to do so. Starring Brian Bosworth, David A R. White, and Ray Wise.

Revelation Road #2: Sea of Glass and Fire continues the thrilling odyssey of JOSH MCMANUS (David A. R. White) to return home to his wife and daughter. Chasing Josh at every turn is the brutal outlaw HAWG (Brian Bosworth) and his rolling gang of killers. On the day after the Biblical rapture, law and order have broken down - the highways have become a no-mans-land of bandits and looters. Josh's world has been shaken to the core, and he must make a choice, embrace his past as a man of violence, or learn a new path and become a man of faith. Which will he choose? Helping Josh on his epic quest is the local Sheriff (ERIC ROBERTS), Beth, his over-eager sidekick (NOELL COET) and Cat, the renegade biker (ANDREA LOGAN WHITE). Also featuring WCW Star STEVE "STING" BORDEN and BRUCE MARCHIANO as The Stranger.

Revelation Road #3: Black Rider — The Rapture has come and gone, and in its wake is a famished wasteland filled with desperate scavengers and vicious bandits. Josh McManus (DAVID A. R. WHITE), a quiet drifter with a knack for fighting, finds himself in a dangerous border-town at the edge of the Wild Lands. The beleaguered local Mayor (JAMES DENTON) sends Josh on a vital mission to find the mysterious "Shepherd" (ROBERT GOSSETT). Is the Shepherd a true man of God or only a cult leader? With the aid of Sofia, a beautiful survivor (HILTY BOWEN), Josh will discover the truth in an action-packed adventure that will put his skills and his faith to the test. Also starring KEVIN SORBO as Honcho, the outlandish local lord of thieves. With special appearance by BRUCE MARCHIANO. 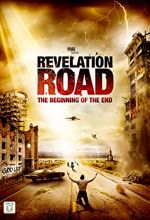 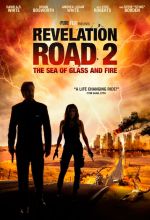 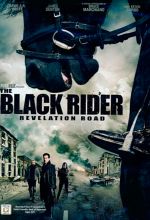