Includes Polycarp, Augustine: A Voice for All Generations, Trial and Testimony of the Early Church, and Perpetua: Early Church Martyr.

Polycarp — Anna, a young slave girl, is rescued and adopted by Christians in 2nd Century Smyrna, and befriended by their aged bishop, Polycarp. As Anna is taught by Polycarp and her new family, she struggles to reconcile her beliefs with those of the Christians. When the Roman proconsul demands that all citizens worship Caesar to show their allegiance to Rome, Polycarp and the Christians must find courage to stand for their faith against the growing threat of persecution. Anna is forced to come to grips with the truth and choose whom she is willing to live–and die–for. Polycarp is a character drama featuring many grand themes such as faith, courage, and hope. It features period-accurate sets, digital visual effects, and an original musical score.

Augustine: A Voice for All Generations — ﻿Augustine of Hippo (354-430) is one of the greatest theologians of the Christian Church. His works, including The City of God, On the Trinity, and Confessions, have had an inestimable impact on the Church and, by extension, on Western Civilization at large. Yet, where did such faith begin? After rejecting his mother’s Christianity as simplistic and restraining, Augustine embarked on a path towards self-gratification, marked by the pursuit of money, political power, and sexual pleasure. Hosted by Augustine expert Mike Aquilina and shot on location in Rome and Milan, this documentary explores the conversion story of one of the most significant figures in church history. Travel back to the fourth century and discover why Augustine has become a “Voice for All Generations.” Includes English and Spanish languages and subtitles.

Trial and Testimony of the Early Church — One of the most popular series from the Christian history collection. This gripping series of six half-hour programs, produced in consultation with an international team of scholars, takes you to the actual locations to show what the early church was like, how it spread, and the persecution it endured. Host for the award-winning series is Steve Bell. Actors Nigel Goodwin, Russell Boulter, and Jane Campion dramatize leading figures and events from the early church. The six programs are: Program 1: Foundation
What do we know about Christ? What happened to his twelve apostles? Program 2: Spread A word for all peoples. An impossible task! Yet they blanketed the whole Roman Empire. How did these early believers get their message to the world? Program 3: Accusation The Roman Empire had room for all kinds of religions, yet Christianity just didn't fit. Many charges were leveled against the believers - some will surprise you. Program 4: Persecution The mightiest empire in history unleashed repeated waves of persecution against the early believers. Why was the unarmed church such a threat to Rome? Program 5: Testimony Heroic figures emerged. Their effect on the young church was far-reaching. Here are two: Polycarp and Perpetua.
Program 6: Transition When the Emperor Constantine came to the throne, the church was granted legal standing. Was this a blessing or a bane? Also, why the early church succeeded. PDFs included on the DVD: Leader's Guide with background information, discussion questions, and optional Bible study. Student handouts for each session. Program scripts. Script of early church document, Octavius of Minucius Felix, upon which program 3 is based. Note: Formerly titled - From Christ To Constantine

Perpetua: Early Church Martyr — We journey to ancient Carthage in North Africa to uncover the fascinating true story of a courageous young woman of the early church who dared to claim Jesus as her Lord in the face of Roman opposition. Faced with the risk of death, Perpetua gave up wealth, freedom, and eventually life itself, rather than renounce her faith in Christ. Explore the cultural, political, and religious events surrounding this story of steadfast faith! Join well-known Early Church experts Dr. Rex Butler and Dr. John Mark Yeats as they trace the history and message of this timeless true story and its relevance for us today. Included is footage shot at the actual sites where the story took place in Carthage, Tunisia. This documentary will inform as well as inspire. Dr. Rex Butler is author of The New Prophecy and “New Visions”: Evidence of Montanism in the Passion of Perpetua and Felicitas. Dr. John Mark Yeats teaches Church History at Southwestern Baptist Theological Seminary. SPECIAL FEATURES: Languages - English and Spanish English and Spanish Subtitles 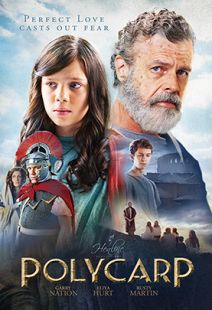 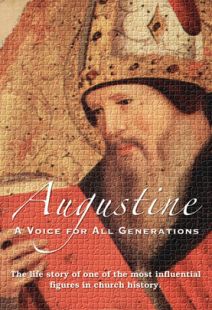 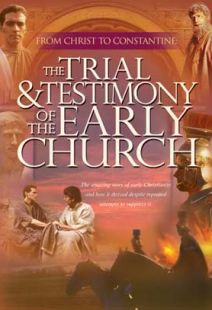 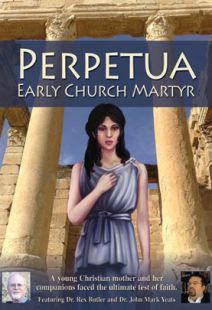