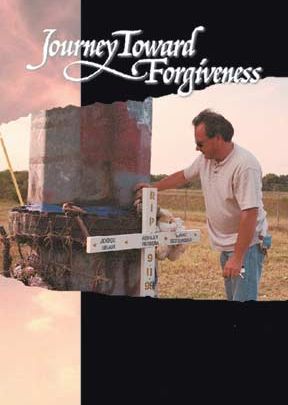 This hour-long documentary powerfully demonstrates that those who are able to embark on a process towards forgiveness -- though heartrending and difficult -- find it to be the path to inner healing.

This hour-long documentary powerfully demonstrates that those who are able to embark on a process towards forgiveness -- though heartrending and difficult -- find it to be the path to inner healing.

Stories include:
• An Enemy Worse than Death — With the abduction and murder of their 13-year-old daughter, Wilma and Cliff Derksen begin the long path through grief toward forgiveness.

• Hospice Helps — Two families share how LifePath Hospice has helped them cope. Nathaniel, terminally ill, has to handle a deep family rift. The Ortiz family faces unresolved anger from their daughter’s death by a drunken driver.

• StoryKeepers -- A Way to Heal — Susie Risho helps people heal from life’s many griefs by telling their stories.

• I'll Give You the Gettin' — Walter Wangerin, Jr., Lutheran pastor and storyteller, shares the story of a couple facing cancer and how the wife dealt with her anger over her husband’s illness.

• Turning Hate Into Hope — The shooting of his brother by a white marshal, his own beating, and a bargain with God, led John Perkins to many years of work for social justice.

• Forgive, But Remember — Lawrence Hart, a Cheyenne peace chief, tells the story of the Washita Massacre in Oklahoma in 1868 and a time of reconciliation 100 years later.

• A Bigger Victim than Myself — Bud Welch describes his journey from rage and temporary insanity to forgiveness after his 23-year-old daughter died in the Oklahoma City bombing in 1995.

Subtitled "From Rage to Reconciliation," "Journey Toward Forgiveness" explores a topic that-for many-is unthinkable: forgiving another person responsible for a devastating loss in their lives. And the losses are not softballs: the video features interviews with parents who have lost children to horrible murders, terrorist activities, and drunken recklessness; victims of racial violence; and those suffering from traumatic encounters. Somehow, almost inexplicably, these people found the courage to forgive those responsible, and here they talk about the strength they gained through these acts. Although each person's religious faith clearly pays a role ( this was produced for the National Council of Churches by the Mennonites), this documentary transcends particular religious convictions.

Particularly chilling (and inspirational) is the interview with Bud Welch, whose daughter was killed in the domestic terrorism of the Oklahoma City bombing. After drowning his sorrows in alcohol in reaction to the tragedy, Welch eventually decided not only to forgive those convicted in the bombing, but also to meet with, and embrace, Timothy McVeigh's parents to commiserate (as he put it, the three of them are "in this" for the rest of their lives). A courageous look at a stance that seems almost counterintuitive, but reminds us of the greatness of heart humans are capable of, this portrait of people who chose to walk the less-traveled road of forgiveness is highly recommended.

A project of the Mennonite Mission Network, it takes an unflinching look at how families cope with murder, terrorism, even genocide. Irish Catholic Bud Welch lost his daughter, Julie, to the Oklahoma bomber Timothy McVeigh, but moved beyond his rage to befriend McVeigh's shattered father, Bill, and now works for abolishment of the death penalty.

At 58 minutes in length, this Mennonite production, originally shown on ABC Television, stretches my term "short video." It consists of seven stories on "the process toward forgiveness," the phrase reminding us that forgiveness usually is not a sudden or spontaneous affair, but one that involves a decision to undertake a long journey through pain and grief and rage. This was certainly the case for Wilma and Cliff Derksen whose 13 year-old daughter was abducted and murdered. In the most lengthy story we see how Hospice helped the Ortiz family overcome their rift and anger over the death of their daughter by a drunk driver. Another person helps people through the painful valley of grief by telling stories that have healing power. (This episode reminded me of the time in Northern Exposure when Ed's shaman uncle was seeking white man's stories that brought healing, similar to those told by his own tribe.) A more famous storyteller, Lutheran Pastor Walter Wangerin, Jr., skillfully tells a story from his own experience of how a wife dealt with her anger over her husband's death by cancer. Two other stories are of a black man and a Cheyenne peace chief finding a way of dealing with their rage, and the last story comes out of the horrible bombing in Oklahoma City, following which the father of a young woman killed in the blast journeys to the western New York to meet with the parents of Timothy McVeigh and convey his forgiveness of their son and wish that he not be executed. These stories are short but packed with enough meat that the tape could be used for a seven-week course on Forgiveness. Preachers will find that these stories "preach," making this an invaluable resource for the ministry of the local church.