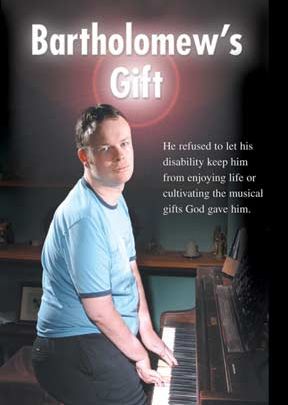 Bartholomew Gee was born with arthrogryposis — a rare disability affecting muscles and joints. His parents believe Bartholomew is a gift from God who is also highly gifted musically. Using footage filmed when Bartholomew was eight, and more recently when he became 21, this video tells the heartwarming story of a young boy overcoming a severe disability and growing to become a man at peace with God and enjoying life to the full.

Bartholomew Gee was born with arthrogryposis, a rare disorder that prevented his muscles and joints from forming properly. Crawford Telfer's poignant documentary Bartholomew's Gift combines insightful interviews with Gee, his family, and practitioners, as well as footage and stills of Gee from age eight to 21, in order to chronicle Gee's mental and physical battles with his condition. Blessed with a positive attitude, a persevering spirit, and the support of his parents, Gee was able to have a rewarding childhood, attend college, and develop his musical talents, ultimately becoming an accomplished pianist and embarking on a career as a professional composer and musician. Presented with an emphasis on the role of religion in Gee's life, this is a heartwarming story of a young man's extraordinary triumph over a wide range of tough challenges. Recommended.

Few things are as encouraging as seeing someone overcome and defeat unfavorable odds. Bartholomew Gee is one of those people. This DVD follows his story from birth to the present. Brought into this world with a rare muscular disability that deformed both of his hands, he began at a young age to push his limits in order to do what he loved best. He wanted to play the piano. Bartholomew worked hard to achieve this desire and now uses his musical gift to give glory to Christ both within his church and his life.

Throughout the story there are plenty of interviews with other people, such as family members, doctors, and music instructors. Home videos from when Bartholomew was young give an inside look at what must have been a challenging childhood. Both personal and informative, Bartholomew’s Gift has the potential to inspire others to push on and not surrender to their circumstances. 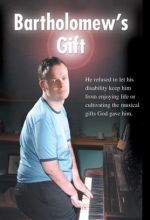