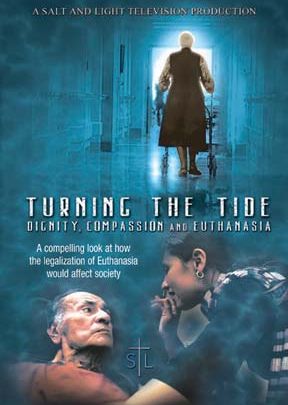 How do you frame the rules for killing, once killing is an accepted solution for human suffering? What is the meaning of true compassion and dignity?

How do you frame the rules for killing, once killing is an accepted solution for human suffering?

What is the meaning of true compassion and dignity?

Catherine Frazee, Wesley Smith, Jean Echlin, Bobby Schindler (brother of Terri Schiavo), Adrian Dieleman and Senator Sharon Carstairs (former Chair of the Senate Committee on Euthanasia and Assisted Suicide, Canada) bring a wealth of personal experience and insight to a society that would be at risk if assisted suicide were legalized. They expose the oversimplification, flaws and myths surrounding safeguards, pain management and suffering.

Together they offer tangible solutions as to what needs to be done to improve the quality of life for all concerned and make a strong case that vulnerable people are directly threatened by euthanasia and assisted suicide. It's time to let our voices be heard because if the laws are changes, we'll be fighting for our lives.

Euthanasia, or assisted suicide, remains one of the more controversial ethical topics in debate today, especially in the wake of the high-profile case of Terri Schiavo, a severely brain-damaged woman whose feeding tube was removed in 2005 after years of prolonged court battles between Schiavo's husband (who was in favor of letting her die) and her parents (who fought to keep her alive). Schiavo's brother, Bobby Schindler, is one of the anti-euthanasia interviewees in Turning the Tide, a Canadian production from the religiously-affiliated Salt + Light Television Productions (the program itself contains no religious references; a DVD extra features a message from CEO Fr. Thomas Rosica) that offers a calm and reasoned secular argument against assisted suicide through interviews with people coping with various levels of disability, as well as commentary from activists and counselors. One of the more persuasive voices here is that of Catherine Frazee, a wheelchair-bound woman who not only questions those who would create the "rules of killing," but also warns that once suicide is a legal autonomous choice, it also "implicitly becomes a suggestion." Citing increasing rates of euthanasia in Holland, Belgium, and the U.S. (Oregon), Frazee and others (including Manitoba senator Sharon Carstairs) point out the potential pitfalls of euthanasia (where depression and fear of becoming a burden to other family members can be a fatal deciding factor), while also exhorting the medical community to provide better palliative care for those who need it. Featuring a descriptive audio option, DVD extras here include bonus interview clips. Recommended. - R. Ptiman

Turning the Tide speaks of the value of life for every human being -- even for those who are most vulnerable who appear to have no hope for a "normal" life. How can we provide true compassion and dignity for loved ones whom society is ready to cast aside? This compelling program was especially helpful to my family when we had to make some difficult decisions regarding my father's declining health. The DVD also looks at the current efforts to legalize euthanasia and assisted suicide and the possible effects that would have on our society.