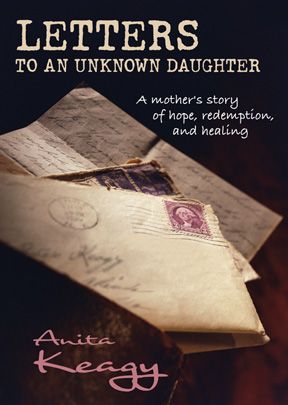 In the summer of 1974, 17-year old Anita Keagy discovered that she was pregnant by her boyfriend. Having grown up in a loving but strict Christian home, Anita feared the disgrace it would bring on her family and considered abortion.

In the summer of 1974, 17-year old Anita Keagy discovered that she was pregnant by her boyfriend. Having grown up in a loving but strict Christian home, Anita feared the disgrace it would bring on her family and considered abortion. Instead, with much prayer and courage, she gave her child up for adoption. Years later, married and raising four children, Anita felt compelled to communicate with her unknown daughter. Through the adoption agency, Anita began a file of letters. Many painful years would pass before these letters would bring Anita and her daughter, Twila, together again. This experience set off a spiritual bomb in Anita's life, leading her to a deep insight about God's intense desire to know and be known by His children.

This is a program for anyone who is suffering through painful circumstances and struggling to see God's purposes in their lives.

Based on Anita Keagy's book The File, Letters to an Unknown Daughter: A Mother's Story of Hope, Redemption, and Healing is a compelling true-life tale on DVD. In 1974, Anita Keagy became accidentally pregnant. Resisting the temptation to terminate the pregnancy, she held true to her family's strict Christian beliefs, and gave her infant daughter up for adoption Years later, as a married mother to four children, she felt compelled to reach out to the daughter she had never known. Through the adoption agency, she began a file of letters to her daughter; years would pass before the two of them would ever have the chance to meet. Letters to an Unknown Daughter is a compelling Christian story about reaching beyond the painful immediate, seeking God's purpose, and struggling to connect with loved ones. Profound and powerful, Letters to an Unknown Daughter is especially recommended for church DVD libraries; bonus content includes information on crisis pregnancy and adoption services.

At 17, Anita Keagy gave up her daughter for adoption. After years of praying for a reunion, she finally met her daughter. Keagy is a transparent and humble speaker. Recalling her family's support, she reminds listeners of the importance of loving during trials. She shares how God taught her to trust Him and obey His plans. Her story is not only about redemption. After meeting her daughter, God explained how He could relate to her excitement. As He longs for His children to learn more about Him, she longed to learn more about her daughter.

Keagy's story speaks to men and women, teenagers and adults. It is a story about choices, consequences, and God's continued faithfulness and teaching ways. Special features include information about JoyShop Ministries, pregnancy centers, adoption agencies, and Keagy's book and DVD teaching series. Recommended for church and school libraries.

Showing a parallel between a personal struggle and the challenges of faith, filmmaker Anita Keagy, founder of JoyShop Ministries, looks at how her relationship with a daughter she gave up for adoption is much like the relationship God wants with believers (as described in the Bible). Shot in a style suggesting that Keagy is giving her testimony to a small group of people in a house, the filmmaker recalls when she unexpectedly became pregnant as a teenager in the mid-1970s and, with the support of her loving parents, decided to give the baby up for adoption. As was common at the time, she was told to keep her eyes closed during the birth and did not hold her newborn infant. Over the years, Keagy contributed letters and photos to a file at the adoption agency in hopes that her child, Twila, might someday want to know about her biological mother (eventually mother and daughter were reunited). The message Keagy wants to convey is that the Bible is much like that folder she created for Twila—messages from a loving God who cares about people and wants them to know the thoughts and feelings of their creator. Told with conviction, this true story will speak to Christians looking for inspiration or renewed passion in their own biblical devotions. Recommended. 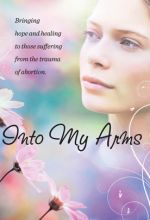 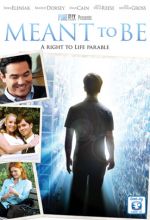