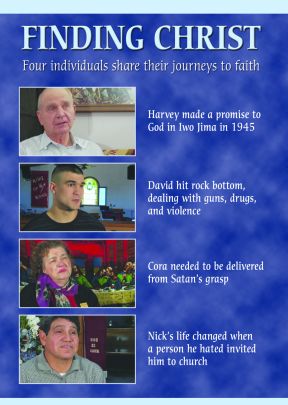 This four-part series examines the spiritual journeys of four individuals.

In Part 1, "From the Fox Holes of Iwo Jim to Christ", In 1945 a man named Harvey Canard promised God that if He would delivered him from the World War II battle of Iwo Jima, he would follow Him. Watch as this extraordinary man describes how he emerged from the bloody battles without a scratch.

In Part 2, "I Am My Own Worst Enemy", David Woodring found out how long he could fall before he hit bottom in life. David life a life of drugs, heavy drug use, and violence. All the while, he had parents praying that God would lead him home.

In Part 3, "Hell On Earth", Cora Goldman was raised by an abusive father, conceived a child through a rape, and lost a child who was burned alive before she was delivered from Satan's grasp and her involvement in Spiritualism.

In Part 4, "A Better Life", In 1950 Mexico, Nick Jimenez walked for 13 days through deadly conditions to try and find work in the United States. Homelessness, alcoholism, and depression awaited him until a person whom he hated asked him to go to church. Fullscreen. 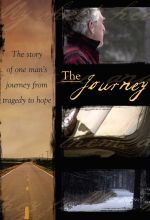 The Journey From Tragedy To Hope

A story of one man's Journey from Tragedy to Hope.