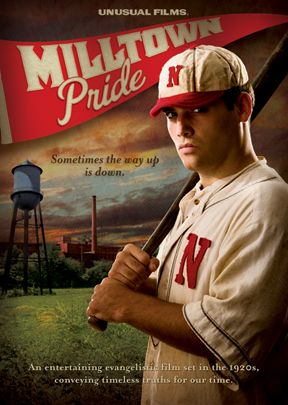 Will Wright dreams of playing baseball in the big leagues and is ready to sacrifice anything to make it happen. But in South Carolina during the 1920s, the only path to pro baseball is through the local textile mill team. Against the wishes of his wealthy father, Will leaves his family and privileged life behind to work in the harsh conditions at Newton Mill. His natural talent on the field makes him the rising star of the mill-league team—and also earns him a dangerous rival as well as criticism from his father for his association with working class “undesirables.”

Milltown Pride is set in a time and place of deep social and spiritual division. As a so-called “Town-Boy,” Will lives a sheltered and ideal life marked by games of croquet and Sunday School picnics while the local Mill workers live a hand to mouth existence often falling prey to the temptation of the local moonshine which pervades the prohibition era south. But Will learns that he is not so different from the mill-workers as he thought. And when famous real-life evangelist, Billy Sunday (played by David Burke) comes to town, Will discovers that his sheltered life only masks his real need for repentance and forgiveness.

Milltown Pride is an entertaining evangelistic movie that recalls a bygone era while conveying relevant truths for today.

This video tells the story of a young man in the Roaring 20's who dreams of playing baseball in the big leagues. While it entertains, it also contains valuable spiritual lessons.

Set in rural South Carolina during Prohibition, Milltown Pride serves up an evangelistic drama about a privileged 17-year-old, Will Wright (Thomas Sneed), who defies his well-to-do father, Ezekiel (Darren Lawson), and takes a job at a fabric mill in order to play baseball for the company team. Will hopes to attract the attention of a pro scout, and for a while he does everything right; living clean, working on his swing, courting a Christian girl named Ginnie (Rebecca Kaser), and, above all, staying away from moonshine whiskey, the bane of other players with fewer prospects. But Will eventually succumbs, starting on a downward spiral from which there's no way out until he accepts that he isn't living for himself, but for Jesus Christ. While the Christian message is strong, director Tim Rogers's film suffers from weak acting, wooden action, and little sense of period atmosphere. Still, this will appeal to audiences who appreciate finding born-again Christian values couched within a generally entertaining narrative. A strong optional purchase.

When town-boy Will Wright (Thomas Sneed) throws a baseball to the edge of his family's property, he meets Charles "Chick" Spangler (Ben Ascher) and dodges a family function to play baseball with the locals from the mill. This is the first of many steps away from the Christian faith and tradition of his family. After graduation, he moves out and takes a job at the mill so he can play baseball for the mill team. Things look up and the situation is promising, but after a few scuffles with Chick's disapproving brother, Pike, Will cozies up to the team during some drinking parties. Unfortunately, this unwittingly leads him into the abyss of alcoholism just as he is beginning to enjoy success with the baseball team.

I appreciate that this film doesn't offer a quick fix for Will's drinking problem, because addictions aren't cured by a simple desire to change. But I wouldn't say the film is all about the dangers of alcoholism either. It's really a prodigal-son story. Will's problem could have been anything. From the very outset, Will rejects his father's faith and life of privilege. Though he wants to please his mother and stay clean, he also wants to find his own way and see if what the world outside offers him will satisfy. It starts out as a slow transition until the alcohol finally has a hold on him, and before he knows it, he's been sandbagged. And like the prodigal son in Jesus' story, when he hits bottom, he begins looking for a way out.

Eventually Will finds his way out, but my favorite lines in the movie are spoken by the mentor figure, John (Chuck Binns). He says, "If Christians ever come to the place where we think we can make people act like they know the Lord even when they don't, they'll hate us. And maybe rightly so..." They briefly discuss whether prohibition is the right thing to help curb alcoholism, and John says, "the root of the problem is still sin, and the only way to get to that root is for Jesus Christ to change the heart of a man from the inside out."

These two lines encapsulate what I believe is wrong with modern thinking about Christ. Christ said he came to bind up the brokenhearted, free the captives, give sight to the blind, and proclaim the year of the Lord's favor. So, when the focus shifts from Christ rescuing us to whether or not we are following some kind of moral guideline, we've missed the first and most important step. We can only achieve a level of freedom from sin on our own, because we always find a way to go back to it. And really, we can't negotiate with sin or addiction. It may take a while, but eventually it overruns us. Total freedom and total deliverance from addiction or sin can only be accomplished through forgiveness in Christ first. It makes sense, really.

God designed it so that salvation comes first. Jesus died for our sins, period. We don't have to worry about whether we will measure up or if our sins will be so bad that God won't take us back. That questioned is answered and non-negotiable. Christ paid sin's price: death. Period. Done. Finished. That gives us the freedom to make mistakes on our way to changing for the better. And he gave the Holy Spirit to be our helper. The Holy Spirit is like a souped-up conscience who gives us the ideas and power we need to change. But we will still fail at times because we don't always listen to the Holy Spirit. We make bad choices, and we make mistakes because we are drawn to sin. I think that's why God insists on salvation through His Son first. It's like John said in the movie, Christ must make the change from the inside out. If we try to change without the freedom of forgiveness, we will always find a reason that God won't accept us. Worse, if we try to change others when they have no forgiveness or power to change, they will hate us for it. Truth is, morality, behavior, addictions, and sins cannot be permanently changed without Christ. 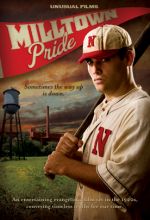 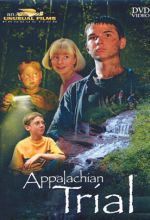