A Few Highlights of the Gateway Films/ Vision Video Story

We rejoice as we approach our fifth decade of bringing you a wide range of Christian and family programming. We are pleased with our expanding selection of Videos on Demand. Today we offer more than 1900 titles with ample selections for all age groups. Selections include drama, documentary, live events, curriculum, and rare historical footage among the many genres.

We understand our calling is to provide video resources that would allow families and churches to have an historic awareness of how God has worked among his people over the centuries. The programs offered on this website have won close to four hundred film festival awards, some of which you will find highlighted below.

Ken Curtis, our company founder and president, then a young minister and TV producer in Boston, helped Hollywood producer, Dick Ross form a small film company to communicate the gospel in secular cinemas.

First Film: The Cross and the Switchblade, the life-changing story of gang member, Nicky Cruz and preacher, David Wilkerson.

The Cross and the Switchblade has since been translated into more than 30 languages and continues to be a much requested Vision Video title.

The Cross and Switchblade did quite well in theatres, but unfortunately, the upstart film company that produced and marketed it ran out of capital and filed Chapter 11 receivership proceedings. The Limited Partners assumed responsibility, and the federal receiver appointed Ken Curtis to lead a new company to continue distribution.

Thus, Gateway Films was established, not out of any strategic plan, but in response to a crisis. The first office was in the old Gulf and Western building in Columbus Circle in New York where the last of the previous Ross offices was located. Gateway was soon moved to Valley Forge, Pennsylvania.

Gateway Films extends its outreach into the “non-theatrical“ world of 16mm providing films for churches, schools, civic organizations, prisons, military, and other organizations.

Ken Curtis receives PhD from the Institute of Advanced Studies in Education of Walden University. His doctoral thesis examines mass media and culture through the lens of the incremental influence of television advertising.

Released John Hus, the first in our church history series; a film on the 15th-century pre-reformation trailblazer, Jan Hus, in cooperation with Faith for Today in California.

Vision Video started as a separate entity from Gateway Films to assess and test the viability of the newly emerging video industry.

Produced and released the historical Drama, First Fruits, a 250th anniversary true story about the extraordinary devotion of young people and their role in the emergence of the amazing Moravian missionary movement.

First Fruits was chosen as the Winner of “Best Film of the Year” Award by the Christian Film Distribution Association.

The first two young men who went as missionaries to the slaves on St. Thomas were willing to become slaves themselves, if they had to, in order to proclaim the Gospel.

Vision Video is located down a long country road and is headquartered in a converted, cedar plank, red barn with lofty ceilings and an old wood-burning pipe stove. 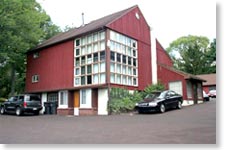 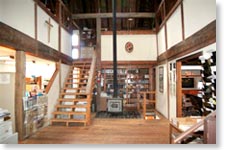 Co-produced Shadowlands with the BBC, dramatizing C. S. Lewis’ crisis of faith after his wife died of cancer.

This original Shadowlands was called “best film of the year” by the New York Times and won the International Emmy Award for “Best Drama.”

This original TV drama inspired the popular theatrical film of the same name starring Debra Winger and Anthony Hopkins as well as the stage play that had successful runs in several countries.

Produced and released the The Trial and Testimony of the Early Church, the story of the persecution of the early church, from the time of Christ to Constantine.

Co-produced Mine Eyes Have Seen the Glory with Oxford University Press, WTTW-Chicago, and the Pew Foundation - hosted by Dr. Randall Balmer, an intimate look at who the Evangelicals are, what they believe and what difference their faith makes in their lives.

Obtained the exclusive rights from Universal Studios to distribute Peter and Paul an outstanding series based on the New Testament book of Acts. Stars Anthony Hopkins and Robert Foxworth.

Christian History Institute release: Candle in the Dark, the story of the life of the Father of Modern Missions, William Carey, completed.

It took 12 years to develop and finish this film on the life of William Carey because of various start-up delays. The film starred Richard Attlee in the role of Carey. He is the grandson of Clement Attlee the British Prime Minister who presided over the transfer of independence to the Indian nation.

The practice of "sati" - the burning alive of widows when their husbands died - troubled Carey so much that he would not rest until this practice was stopped.

Produced and released Jesus: the New Way with noted British scholar, Dr. Tom Wright, which uncovers fascinating backgrounds from the first-century world in which Jesus lived and shows how he was indeed a “new way” then and continues to be for us today.

Winner of Gold Award at Worldfest-Flagstaff and Chris Statuette at the Columbus International Film & Video Festival.

Co-produced with the BBC and 1A Productions and released Tales from the Madhouse.  Contemporary versions of old and familiar characters in the Gospels linked by one unifying and crucial event: each has had an encounter with Jesus of Nazareth, an experience that has left an indelible mark.

First DVD release - The Fourth Wise Man - the story of the other wise man. A fictional story set in biblical times about a magi who sees a sign in the heavens that he hopes will lead him and his faithful servant to the Messiah. A deeply moving experience examining what true faith really means. Stars Martin Sheen and Alan Arkin.

Co-Produced with BBC Education The Test of Time a four half-hour series which asks how the teachings of Jesus fare in a post-modern society. Series wins the British Academy Award for Best Youth Television Program and Gold Crown Award for Best Documentary, Best Series and Best Curriculum at the 2002 International Christian Visual Media. Also won the Gold Special Jury Award in the Family Matters category at the 2002 International Christian Visual Media.

Vision Video helps launch Faith TV, a new full-time digital satellite television channel. It is carried by the Sky Angel satellite subscription service on the DISH network and is now available to over 12 million cable homes.

Company president Ken Curtis diagnosed with advanced cancer. Through an aggressive program combining traditional medicine with alternative and complementary therapies he has been blessed with wonderful results and continues with the company. However, his son, Bill Curtis, has taken over most of the day-to-day oversight of the company.

Ken Curtis given Christian Films and Television Commission’s “Faith and Values Award” for “his impact on Redeeming the Values of the Entertainment Media” at the MovieGuide Hollywood Awards Ceremony.

Released first title in Torchlighters series, on the life of missionary martyr Jim Elliot. Stunning, half-hour, action-packed program, geared for ages 8-12, uses top quality animation to bring to life the stories of those who lived extraordinary lives or died to share the gospel.

Won the Gold Remi Award at the 2006 Worldfest Houston and the Gold Crown Award for Best Children’s Film at the 2006 International Christian Visual Media Association.

Released second episode in the Torchlighters series in November, on the life of Bible translator William Tyndale. Winner of the Gold Remi Award from Worldfest Houston and several Crown Awards, including Silver for Best Curriculum and Bronze for Best Picture.

Completion and release of Robber of the Cruel Streets: The Prayerful Life of George Muller. Co-produced with CTA and UCB in England and ERF in Germany.

Filming in Israel by Bill and Ken Curtis in co-production with Nazareth Village of series: Reflections on 23rd Psalm for People with Cancer. This series explores a holistic view of dealing with cancer based on Ken’s personal experience.

Released third episode in the Torchlighters series, on the life of John Bunyan, author of The Pilgrim’s Progress. Winner of two Gold Crown Awards from International Christian Visual Media.

Released fourth episode in the Torchlighters series, on the life of Eric Liddell, Olympic champion and missionary to China. Winner of three Silver Crown Awards from International Christian Visual Media.

Discontinued VHS and sell only DVDs.

Released fifth episode in the Torchlighters series, on the life Gladys Aylward, missionary who helped 100 orphaned children reach safety in war-torn China. Winner of the Gold Remi Award from Worldfest Houston and the Silver Crown Award for Best Series.

Completion and release of Reflections on The Lord’s Prayer for People with Cancer, the second in the series with Ken Curtis. Winner of Remi Gold Award from Worldfest Houston and Bronze Crown Award for Best Series from International Christian Visual Media.

Released sixth episode in the Torchlighters series in December, on the life of Richard Wurmbrand, founder of The Voice of the Martyrs.

Released seventh episode in the Torchlighters series, on the life of early church martyr, Perpetua.

Torchlighter series celebrates milestone. Over 100,000 Torchlighter DVDs now in homes, churches and schools throughout the United States, with untold thousands in other parts of the world!

Release of first episode of History of Christian Worship: The Word, produced by Ensign Media.

Completion and release of Wesley: A Heart Transformed Can Change the World, a full-length drama on the life of John Wesley, the spiritual father of Methodism. Directed by John Jackman and produced by Foundery Pictures with Gillder Frontier in cooperation with Christian History Institute and Comenius Foundation. Winner of two Crown Awards: Silver for Best Drama over $250,000 and Bronze for Best Picture.

Completion and release of Reflections on The Beatitudes for People with Cancer, the third in the series with Ken Curtis.

Released eighth episode in the Torchlighters series, on the life of Amy Carmichael, missionary to India and founder of the Dohnavur Fellowship.

Completion and release of C.H. Spurgeon: The People’s Preacher, a docu-drama on the life of one of the greatest preachers in the history of the church. An international coproduction with CTA Productions in association with Christian History Institute, CWR (UK), ERF Germany. Winner of Bronze Crown Award.

Founder Ken Curtis is called home to be with the Lord. His son, Bill Curtis, is named president of Vision Video and commits to continuing the legacy of offering quality Christian programming.

40th Anniversary edition of Cross and the Switchblade and Run Baby Run released as double DVD.

Sports drama, For the Glory released.

A number of documentaries on the subject of adoption released including: Faultless, Bringing Joshua Home, and Rescued.

May — now offer over 500 Video on Demand titles.

Begin production of three part documentary series on the Reformation entitled “This Changed Everything”.

Release of The Pink Room, a documentary about human trafficking.

Vision Video programs now available in over 90 countries and translated into over 30 languages.

Release of Sing Over Me, the Dennis Jernigan Story dealing with homosexuality.

Release of The Ride - A Christmas Eve Parable.

North American Distributor of David Suchet - In the Footsteps of St. Peter which airs on several public TV stations nationwide.

Exploring Ephesus was filmed in Turkey.

Release of Sing Over Me Resource Kit.

Over 500,000 DVDs sold from the Torchlighter series.

Release of Find Me, a feature length documentary on adoption from China.

Release of My Son, My Savior, a powerful portrayal of the life of Jesus as seen through the eyes of Mary.

This Changed Everything released, begins to air on Public TV stations across the country in 2017.

Bill Curtis meets Rick Boyle at City to Shore MS bike fund raiser and this leads to producing a documentary based on his life. Chain of Life Premieres in 2019.

Pilgrim’s Progress has successful Fathom Event release in the USA and in over a dozen other countries.

50th anniversary of Ken Curtis’s inspiration to produce The Cross and the Switchblade.