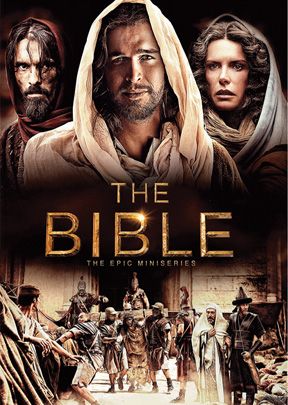 Breathtaking in its scope and scale, The Bible features powerful performances, exotic locales, and dazzling visual effects that breathe spectacular life into the dramatic tales of faith and courage from Genesis through Revelation. This historic television event is sure to entertain and inspire the whole family! Widescreen.

Breathtaking in its scope and scale, The Bible features powerful performances, exotic locales, and dazzling visual effects that breathe spectacular life into the dramatic tales of faith and courage from Genesis through Revelation. This historic television event which premiered on the History Channel in March 2013 quickly became one of the top rated shows in its time slot, a fact that confounded the Hollywood entertainment industry. Produced by husband-wife team, Mark Burnett (Survivor) and Roma Downey (Touched by an Angel) two professing Christians, The Bible Miniseries is sure to inspire the whole family! The DVD features multiple extra features that shed light on both the production and on the Bible itself. Widescreen.

Disc 1:
In The Beginning
Exodus
Homeland

Disc 4:
Courage
The Bible: Genesis
The Cast of The Bible
The Bible: Creation
Scoring the Bible
Believing in Miracles
The Bible: Visual Effects
Mary Did You Know? Music Video

Jeff Dollar - Too Much Left Out or Added

This miniseries on the Bible had great potential, but was squandered by straying from the details. True, it is a daunting task to try to portray an immense work such as the Word of God in 10 hours, but a little more care to the truth would have made a great difference. TV producers never seem to understand that they are dealing with the revealed truth of God, and not just another script that can be molded for emotional effect. The very beginning sets the course for the whole series Noah, who is busy plugging holes in the leaky ark, is telling the creation story to children. Anyone who has read the story knows that only eight entered the ark; Noah, his wife, his three sons, and their wives. Nothing is said about children, and nothing is said about leaks. Nearly every story of the Bible is ruined by overzealous editors. The angels who came to Sodom to rescue Lot don't just lead him out of the city, they are ninjas who attack Lot's enemies. The story of the three Hebrews in the fiery furnace has Nebuchadnezzar burning himself getting too close the fire, while the Bible tells us the men tossing them in were killed by the heat. Daniel comes across as a brown noser. I could go on and on, for each episode has additions which detract from the greatness of the story. Even the Passion messes up what was said and where, at crucial points. If any good comes out of this, it will be because it drove some people to actually read the Bible instead of allowing professional filmmakers to botch it up.

My wife and I watched every episode of, "The Bible MiniSeries" and loved it very much! Awesome work by everyone involved and we really believe that God was right there inspiring everyone at every moment! I would recommend to anyone to buy the DVD, especially if you haven't seen it! Just Awesome!!!

If only educational material could also be entertaining... Well, in this case it is! The movie is very well made and the effects are excellent. At first, it was jarring how quickly they jumped from one character to another, and how much material was left out, but then I realized it would be impossible to put all the details into a series just under 7.5 hours. Despite leaving many details out, this series is a great way to become familiar with the stories in the Bible. After watching half of the episodes so far, both my children, my wife, and I are anticipating watching the next episodes. My only disappointment is the the DVD does display the reminder of the last episode and the preview for the next one. 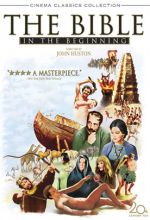 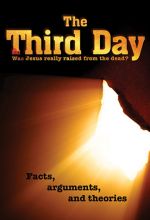 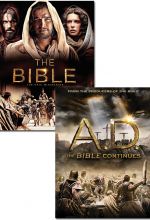