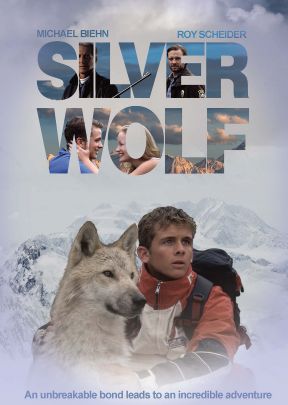 A boy learns to deal with personal loss by making friends with a wild animal in this drama for the entire family.

A boy learns to deal with personal loss by making friends with a wild animal in this drama for the entire family. Jesse is a 16-year-old who is trying to put his life back together after the death of his father, who died while trying to rescue him in the wilderness. Jesse goes to live with his Uncle Roy, who lives in the rugged mountains of Washington State. While exploring, Jesse finds and rescues a wolf that has been seriously wounded; Jesse bonds with the animal, and while Roy understands the dangers of trying to tend to a wild animal, reluctantly allows Jesse to keep him. Jesse, who is fond of snowboarding, teaches the wolf to be his partner in skijoring, a sport in which a dog is used to haul a man on skis. John Rockwell, the owner of a ranch, has different plans for the animal; he sees the wolf as a threat to his stock and is determined to see that the animal is put down. Starring Michael Biehn, Roy Scheider, and Shane Meier.