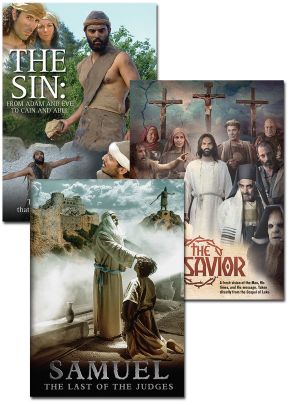 This set includes three biblical dramas: Samuel: The Last of the Judges, The Sin: From Adam and Eve to Cain and Abel, and The Savior.

Samuel: The Last of the Judges — This one-hour biblical drama recounts the thrilling story of the Old Testament prophet, Samuel. Samuel was called by God from a young age to speak God’s will to his people. Later, he would lead the Israelites in a decisive battle against the Philistines and would reluctantly appoint Israel’s first king. When King Saul disobeyed God, Samuel condemned him and secretly appointed David as King, setting off an epic struggle for power in the kingdom. This biblically accurate retelling dramatizes this crucial period in Israel’s history and highlights God’s high expectations for leaders. Dubbed in English from Arabic.

The Sin: From Adam and Eve to Cain and Abel — The Sin tells the story of Adam and Eve and their children, Cain and Abel. By disobeying God, the first couple fell from grace and were expelled from paradise. Now, struggling to survive in the harsh wilderness, they hope that their children will restore them and reverse God’s curse. But they soon learn that their disobedience will leave a lasting legacy as Cain and Abel choose what they will believe about God. This insightful retelling of the stories from Genesis reveals how sin is passed from one generation to another through shame, bitterness, and mistrust in the goodness of God. Even so, the seeds of God's promised redemption had already been planted. Dubbed in English from Arabic.

The Savior — It is a time when Rome rules the world with the power of life and death in its hands. The Roman province of Palestine is a bubbling cauldron of discontent. Onto this greater canvas Luke narrates the miraculous story of the man who changed the world. The Savior is a fresh portrayal of the life of Jesus with dialogue taken directly from the Gospel of Luke. It follows Jesus from his upbringing to his death and resurrection. The project was filmed entirely in Israel and Palestine using local actors, giving it a look and feel of authenticity. It has been translated into dozens of languages and broadcast around the world, bringing a realistic and faithful representation of the gospel to diverse audiences. Dubbed in English from Arabic. 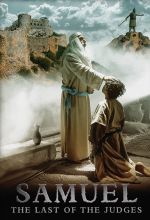 Samuel: The Last of the Judges 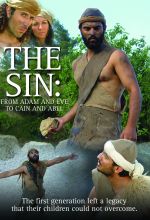 The Sin: From Adam and Eve to Cain and Abel 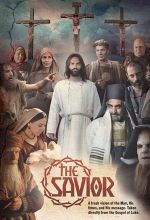