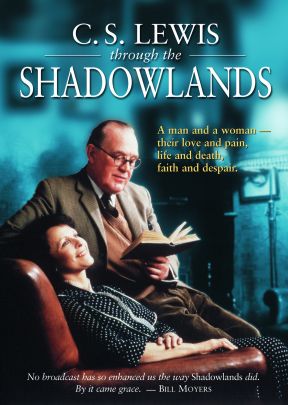 This film is about the agonizing spiritual crisis of C. S. Lewis when his wife died from cancer. The love, grief, pain, and sorrow were so shattering to Lewis that his basic Christian beliefs, magnificently communicated in his many books, were now called into serious doubt.

He cried out, "Where is God when I really need him?" This film is about the agonizing spiritual crisis of C. S. Lewis when his wife died from cancer. The love, grief, pain, and sorrow were so shattering to Lewis that his basic Christian beliefs, magnificently communicated in his many books, were now called into serious doubt. Relive the journey of C. S. Lewis during the days prior to and after the cancer-related death of his wife Joy in this film that captures both heart and mind. You will be able to see his commitment to Christ despite severe trials. He picked up the pieces and moved out of the depressing "shadowlands," realizing that "real life has not even begun yet."

Starring Joss Ackland and Claire Bloom. Winner of over a dozen prestigious awards including the International Emmy for Best Drama and two British Academy Awards.

Superb performances by Joss Ackland as C.S. Lewis and Claire Bloom as his wife, Joy, highlight this award-winning drama written by William Nicolson.

A noted author and scholar, Lewis became a defender of Christianity after converting in the 1930s. His philosophy of life, Christianity, and love are conveyed in this video through his letters and conversations over a period of years with an American, Joy Davidman, who described herself as having been, “in the following order, a Jewish atheist, an award-winning poet, a card-carrying member of the Communist Party, a convert to Christianity, and mother to two small boys.” Upon divorcing her husband, Joy moves with her sons to England and her friendship with Lewis grows. Lewis marries her to grant her and her sons British citizenship. But to Lewis it is nothing more than a bureaucratic formality and not a “marriage before God.” When Joy is stricken with cancer, however, Lewis realizes his love for her and fights to marry her openly, before God, in a Christian ceremony. Miraculously her cancer enters a two-year remission. Lewis feels he has come alive through loving Joy, and his faith is severely tested upon her death. In a powerful scene when talking to eight-year-old Douglas about his mother’s death, Lewis is asked if he believes in heaven. “Yes,” he answers. “Real life has not even begun yet. All this is just the shadow.”

This poignant drama conveys the grief, anger, and pain of Lewis’ loss, yet teaches that if you want love, you have to accept the pain. This marvelously produced and directed video biography is highly recommended and sure to have an impact on adults as well as young adults. – Diane G. Freiermuth St. Louis Public Library

The story of one phase of the life of C.S. Lewis is vividly portrayed in this award-winning video. In his later life, C.S. Lewis, a well-known author, falls in love with a woman who has two young children, marries her, and sees her suffer and die from cancer. As he sees his beloved wife suffer and die, he goes through shadowlands of doubt, but is able to move forward in faith.

Appropriate for junior high, high school, and adult audiences, this video is a beautiful story of love and of struggles Christians encounter. It is highly recommended. 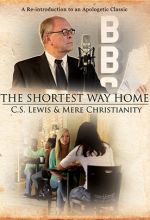 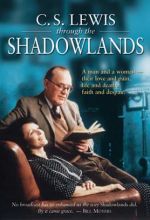 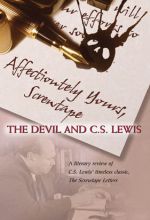