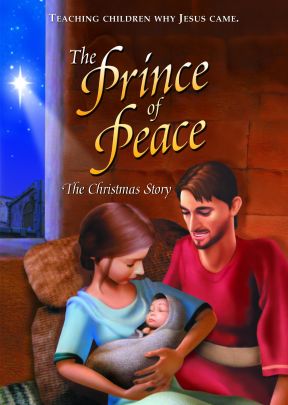 Reflect on the story of Christ's birth, the Shepherds, Mary and Joseph, and Herod in this fascinating 3D animation spectacular.

Relive the Christmas story in this fascinating 3D animation spectacular. See the story unfold as Mary and Joseph are visited by angels while Herod plots to erase any competition to his throne.

The birth of baby Jesus in that Bethlehem stable changed the world, and to this very day, men, women and children kneel to worship the One who is called the Prince of Peace.

Recommended for children ages 3 to 10.

This is the best Christian Christmas story I've seen! It tells the real story and doesn't gloss over like most fluff stories!

Love the idea! Unfortunately there are a lot of problems with this short little movie.I will say that the animation is pretty good and many of the characters are beautifully done.But there are a LOT of additions to the movie. Many of them are a lot more than just artistic license. Some of these additions are misleading at best twisted to the point of having some sort of agenda at worst. A few of them are straightup incorrect and could have easily been researched. They put a lot of extra stuff in the movie and it seems that little to no effort was made to see if these extras were historically accurate. They didn't even make the effort to get Mary's father's name correct which is just a little example of an incredibly easy point they screwed up.I wouldn't let my children watch it. What's the point? It is far more important to me anyway that they know the true Biblical story of the nativity... not a partially true story... topped with some mostly harmless fabrications... and sprinkled with some potentially harmful misleading inaccuracies. I say inaccuracies but you could just as easily call them lies or distortions.Makes me wonder what the background of the people who put the movie together were? Were they even Christians? Mormons perhaps? I don't know. I suppose it doesn't really matter though... the story is twisted and only a very superficial andor poorly formed Christian wouldn't recognize the problems.The inaccuracies are objective they are real and there are a lot of them. The point about whether or not to let children watch it is subjective it is just my opinion.May the Lord be with you!Michael

My girls love this video and have learned so much from it! They go to bed talking about how bad King Herod is! 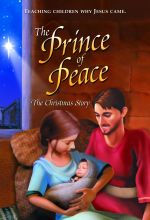 The Prince Of Peace

Relive the Christmas story in this fascinating 3D animation spectacular.