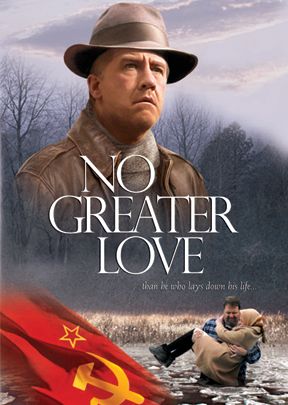 Based on true events, this award winning short drama contrasts one man’s dedication to his family to another’s search for meaning in life. One, a Hungarian, risks his own life to save his family in a manner so unspeakably Christ-like that you will never forget it; the other, a despondent American photographer’s torn allegiance between his desire to capture history and a wife and children who desperately need him.

A despondent American journalist is sent to rural Austria in the fall of 1956 to cover the story of the refugee flight from Communist Hungary, following the demise of an attempted revolution against Soviet occupation. While investigating the story, he witnesses an unparalleled act of love that changes his perspective on the events he is covering as well as his own neglect of his family.

Based on true events, No Greater Love explores the theme of sacrificial love set against the backdrop of history through the Hungarian refugee flight of 1956. The story contrasts two fathers, one Hungarian and one American, and how the first is willing to lay down his life for his family, while the other is struggling with his distant relationship with his wife and children. This story serves as a challenge to us all -- to be willing to love to the greatest extent.

"No Greater Love" is the story of a despondent American journalist who, following the failure of an attempted Hungarian revolution against their oppressive Soviet occupation, was sent to rural Austria in the fall of 1956 to cover the story of the refugee flight from Communist Hungary. It was while investigating the story of a devoted father who went to extraordinary measures to get his family out of Communist Hungary to safety in the West that the reporter had a change in perspective regarding his own family, and the time he spends away from them, that alters his view on the dramatic events he is covering. "No Greater Love" is based on actual events and real people as it explores and illustrates the theme of sacrificial love. This sixteen minute, full color, enthusiastically recommended DVD is enhanced with a PDF study guide, as well as both an English soundtrack and an Hungarian soundtrack with English subtitles.

Based on true events, this artistically filmed story follows an American Journalist (played by Michael Scranton) covering the plight of Hungarians crossing the Austrian border to freedom during the Hungarian revolution of 1956. Troubled by his disintegrating marriage (conveyed by voiceover letters from his wife), the journalist experiences a change of heart when he witnesses the sacrifices of a father risking his life to bring his family to safety. In writing the family's story, the journalist is inspired to assess his own personal failures, commit to making changes, and set about reconciling with his wife and children. Although this offering from the World Gospel Mission of Marion, IN (filmed locally presents a vignette tied to historical events, the focus of this sensitively portrayed short is inspirational. A solid discussion starter for religions study groups, this is recommended.

Micah - A true story of sacrifice!

An amazing short film that depicts the sacrificial love of one man to his family. The music is absolutely beautiful too.