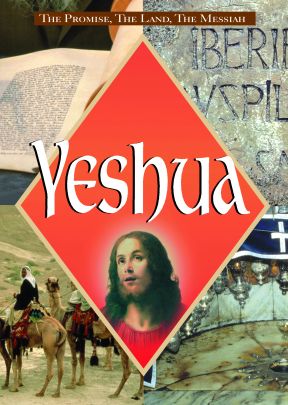 Yeshua, the Hebrew name for Jesus, offers a fascinatingly new view of Jesus' life. Presented by Dr. Oswald Hoffmann, Yeshua reveals ancient customs and beliefs with exceptional clarity and detail.
This five-program series moves across more than 2,000 years of history, from the time of Abraham through the efforts of the Jews to possess and hold the promised land, to the birth and life of Jesus.

After viewing Yeshua, you will listen to Scripture reading with new insight and read familiar prophecies, psalms and parables with fresh appreciation. To view Yeshua from beginning to end is to enrich your understanding not only of the turning point in all history, but of the singular figure who caused the turning.

Part 1: The Land and the Promise -- Ur of the Chaldees, birthplace of Abraham, begins the narrative. Continuing through the fall of Ur, Abraham's entrance into the promised land, and the exile of the chosen people in Egypt, part one ends with their return to a homeland soon taken over by Rome and governed by the wily, paranoid half-Jew, Herod.

Part 2: The Promise Takes Root -- This episode begins with the angel's visit to Mary and proceeds through the presentation of Jesus in the temple at Jerusalem after the family's return from exile. Fascinating scientific data relating to the star of Bethlehem is presented.

Part 3: Voice and the Light -- The cries of John the Baptist lead into a portrayal of the community of zealous Jews at Qumran where John, perhaps orphaned as a child, may have grown up. Moving through the events of Jesus' early ministry we also witness the beautiful reenactment of a Jewish wedding as Jesus might have seen it at Cana.

Part 4: The Bread of Sacrifice -- As the life of Jesus nears its tragic close, He prepares His followers for His coming sacrifice. We see archaeological evidence for the practice of human sacrifice in caves beneath the North African city of Carthage, but draw nearer to the meaning of Christ's sacrifice in the story of Abraham's' willingness to lill his son Isaac in obedience to the will of God. The segment ends with Jesus' entry into Jerusalem.

Part 5: Ripple of Darkness, Waves of Light -- The familiar mysteries of Christ's death and resurrection take on a strong immediacy in this final episode. After dramatic reenactments of the torture, execution, burial and resurrection of Christ, the segment explores research on the Shroud of Turin.

In this two-part documentary filmed in contemporary Israel, we explore chronologically the places and Jewish traditions that Jesus, or Yeshua, was likely to have experienced. We go to Bethlehem, Nazareth, Jerusalem, Qumran, Galilee, and Capernaum. Yeshua most likely was born in a cave used as a manger, circumcised, grew up in a Jewish family with several brothers and sisters, spoke Hebrew, attended religious school, memorized the Torah, and became a rabbi. We travel to the desert to see where He fasted and prayed before beginning His ministry. Footage of festivals in today’s Israel, show us how Yeshua celebrated Shabbat, a wedding, the Feast of the Tabernacles, The Festival of Lights, Passover, and The Last Supper. We follow the footsteps of Yeshua as He walked to his death on Calvary in fulfillment of Old Testament prophecies.

I saw this progam on TV in the 1980's and it helped me to strengthen my newly found faith. It brings a concise overview of the biblical, historical and theological background previous to and during Yeshua's time, ending with a discussion on controversial image found in the the Shroud of Turin. Even though it was produced in 1983 it still is relevant today. It has plenty of great images of biblical and historial sites. What it may lack would be the always recent data that surfaces in archeology from time to time. If you are into history, this is a must for you. 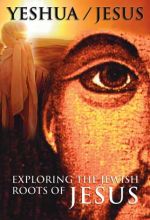 In this documentary investigation, we explore the intriguing heritage of biblical Israel and the Jewish origins of the Christian faith. This video uncovers some wonderful truths about the character, background and personality of Jesus which have been overlooked by much of the church. Your spiritual understanding and insight into the Bible and the world in which Jesus lived and ministered will be enriched and enlarged.