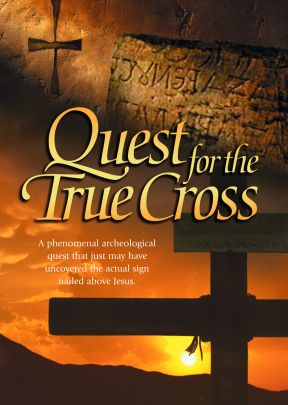 Quest For The True Cross is a fascinating and timely story, about a small walnut headboard, which it seems may well have been attached to the true cross immediately before the Crucifixion.

Quest for the True Cross is based on the book of the same name by Carsten Peter Thiede and Matthew D’Ancona. In a church in Rome is a piece of wood believed to have been brought back by Helena, mother of the first Christian Emperor, Constantine, in the 4th Century. It is clearly inscribed with the remains of the line, "Jesus of Nazareth, King of the Jews."

When Thiede examined this piece of wood, described as the titulus cruces, or headboard, of Christ's cross, he came to believe that, far from being a medieval fake, it was the real thing. The writing on the board, in three languages, bore all the marks of having been done in the 1st Century.

Now, for only the fourth time in six hundred years, the titulus cruces has been removed from its protective covering. It has been examined and filmed in close up. So the film has become a detective story, following all the clues leading to Thiede's and D'Ancona's belief in the authenticity of this relic, and also an account of how the cross came, through Constantine's conversion and his political acuity, the symbol and icon it is today.

It is a fascinating and timely story, about a small walnut headboard, which it seems may well have been attached to the true cross immediately before the Crucifixion. 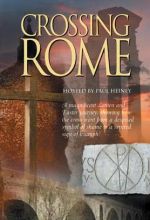 Crossing Rome takes us back into the intriguing and inspiring first centuries of the Christian faith and the experience of the Early Church at Rome.