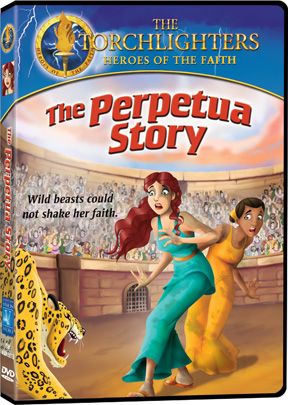 It is the year AD 203 in Carthage, North Africa. Perpetua, an affluent young mother, is charged with converting to Christianity and is sent to prison. But her freedom can be secured easily with a simple offering of incense in honor to the Roman gods. What will her decision be?

It is the year AD 203 in Carthage, North Africa. Perpetua, an affluent young mother, is charged with converting to Christianity and is sent to prison. But her freedom can be secured easily. All she has to do is offer one pinch of incense in honor to the Roman gods. With this simple act of devotion and loyalty to the Roman Empire she can regain her freedom and return to her infant son and a life of comfort. As her father pleads for Perpetua to consider the welfare of her child and the reputation of their family, she slowly makes her way to face the Roman proconsul and declare her final decision. What will it be? This episode of Torchlighters: Heroes of the Faith presents one of the most influential, true stories of the Early Church.

﻿Torchlighters is a series of animated programs for youth ages 8-12, presenting the lives of true-life heroes from Christian history. When kids see what God can do through a “Torchlighter” who is devoted to carrying out His will and purposes, they too may want to carry a torch of faith by serving Him. For more information on the series, go to www.torchlighters.org.

The Torchlighters series, produced by the Christian History Institute in conjunction with The Voice of the Martyrs, is a series of animated programs designed to inspire pre-teens to carry the torch of faith using the example of ordinary folk who became Christian heroes. This episode is based on the historical figure of Vibia Perpetua, a young married Roman noblewoman who lived in or near the Roman colony of Carthage in North Africa, circa 200 A.D. Imprisoned as a traitor to Rome for being a Christian, Perpetua is told that she must renounce her faith in order to gain her freedom. But despite the pleas of her family, Perpetua defies the Roman consul and refuses to worship the Roman dieties, after which she is sent to the arena, where she is attacked by wild animals and put to death by the sword, peaceful in the knowledge of her destiny in the eternal afterlife. A high-quality animated production, The Perpetua Story features violent scenes that are presented in superhero fashion in an emotionally charged context, which may be stimulating for this age group, but disturbing for others, especially given today's negative connotations attached to the concept of "martyrdom." DVD extras include an excellent hour-long documentary filmed in North Africa, featuring selections from Perpetua's (assumed authentic) journal and historical commentary by church historians, as well as supplementary materials for discussion leaders and students. Recommended, with reservations.

Gr 3–8—A torchlighter is someone who commits to serving God and passing on the light of the Gospels even when the going gets tough. Set in the year AD 203 in Carthage, North Africa, Perpetua, an affluent young mother, is charged with converting to Christianity and sentenced to prison. She is required by the Roman rulers to renounce her belief in Christianity and make a burnt offering of incense to the Roman gods. If she refuses, she will face death by wild animals in the arena with fellow Christians. What will she choose? The DVD contains an animated version of this story from early church history in easy-to-understand language that is suitable for younger children. The beautiful artwork perfectly portrays the emotional and poignant story. Bonus features include an audio version of the story and a 61-minute documentary that blends the story told by two Bible scholars with on-location footage. This version would be suitable for older children because it blends historical facts with the story. A useful tool in Sunday schools or Christian educational settings.—Cynde Suite, Bartow County Public Library System, Cartersville, GA

This past week we showed Perpetua in our morning devotions here at SonHaven Preparatory Academy in Sarasota, Fl. There was the sound of sniffling in the room as all ages from grades 4-high school watched this portrayal of a young woman laying down her life and surrendering her baby son for the sake of Jesus. The comments in our sharing time were some of the most poignant I have heard in my 30+ years as a Christian educator and founder of two Christian schools. Thank you, Torchlighters, for a video that reached the heart of children, moved them to tears, and most important, challenged them in their faith walk with the Lord.

All your movies are so moving. God has used so many. My favorite part of your movies is the Documentary found in the special features. These are tastefully done and I even let my 4 and 6 year old watch them. I think it is important and these are just as great for adults as children. Blessings.... My only problem was the immodest dress of the ladies.

First thank you for the Heroes of the Faith series. We are showing them to our small church Sunday school and students and teachers alike love them. We were thrilled to discover the downloads for each story and find they are extremely important in helping children to retain the facts they view on our big screen. Thank you for these beautiful portrayals of reallife heroes of the faith!

Zack Shaffer - Many thanks

I want to thank you for the Torchlighter series you did with Voice of the Martyrs. I hope you do more, if it's feasible! The cartoons and the documentaries are remarkable. I have used the Jim Elliott and the Perpetua stories in both my church and in my classroom (I teach Bible courses, included a church history course) at a Christian school outside Atlanta, GA. Many of my kids, even though they're high school age, they have expressed how much the Torchlighter series have meant to them. It has motivated them to pursue the Lord more, to rest more in him, to share him more with others. How wonderful! Thank you for all your work. 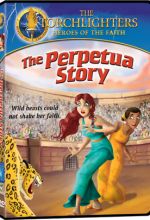