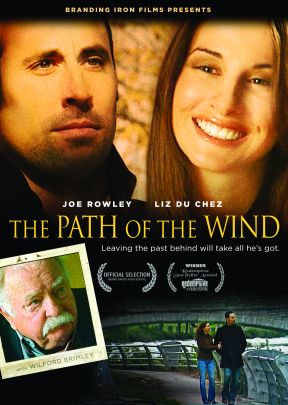 Lee Ferguson’s biggest desire is to leave his past behind and make a fresh start with Katie, his new love. But when Lee finds out Katie is a Christian, his pre-conceived ideas and her moral standards clash. This film aims to help seekers and believers understand one another.

After serving a ten-year prison sentence, Lee Ferguson returns to the small town where he was raised. Looking to lead a simple life, he takes a job at the local grocery store where all he wants beyond a daily routine is to be left alone. But when Lee saves Katie from being assaulted, his life becomes anything but simple. Lee’s budding relationship with Katie is threatened by a scheming coworker and a violent past which will not stay buried. Their romance is further challenged as Katie’s desire to follow Christ collides with Lee’s preconceived ideas of what Christians are like. When a mysterious stranger knocks on his door, Lee is suddenly confronted with the choices he made long ago. He must now decide how far he is willing to go to seek redemption. Joe Rowley, Liz DuChez, and Wilford Brimley star in this compelling story of love, vengeance, and forgiveness, and the powers we choose to let guide us. Rich with action and intrigue, it explores realistic characters and their struggles with temptation, sin, truth, and forgiveness through an extremely engaging story line. It is highly recommended for young adults and adults who wish to explore their own faith and life choices.

"The Path of the Wind" is a dramatic movie about the difficulties of starting a new life in the wake of past mistakes. After serving a ten-year prison sentence, Lee Ferguson (played by Joe Rowley) returns to the small town he once called home, in hope of living a simple life. When he rescues Katie (Liz DuChez) from attack, he begins to have and share feelings with her -- but the malicious plots of a coworker and the violence in his past threaten to destroy any hope of stability. Lee must make a difficult choice and decide to what lengths he is willing to take his quest for personal redemption. A moving saga, The Path of the Wind is wholly recommended to both teen and adult viewers.

Hope comes at a high price in The Path of the Wind, a Christian-themed drama that takes an unusually blunt look at serious challenges to faith. Joe Rowley starts as the brooding Lee, a man newly released from prison who seeks a quiet, uncomplicated life in his hometown. Taking a job at a grocery store, Lee embraces routine and tries to keep a low profile, but various circumstances undetermine those efforts. A young couple's life rift threatens to engulf him, and-in a separate problem - after intervening in an assault on Katie (Liz DuChez) by her ex-husband, Lee becomes a target for the latter. But nothing shakes him to quite to much as falling for Katie, an evangelical Christian whose values and beliefs contrast strongly with his own hard-bitten view of life and of himself. Writer-director Doug Hufnagle doesn't sugarcoat the conflicts between these two sympathetic characters, nor does he spare us the pain of watching them fall apart despite their deep feelings. Rowley is very effective as a complicated man of many parts: subdued intellectual, taciturn romantic, and a tinderbox of explosive violence, who also harbors deep remorse for the criminal act that cost him (and others) so much. Wilford Brimley also make a brief but powerful appearance in this moving film that defies expectations of a convenient resolution. Recommended. (T. Keogh)

I really like this film; it touches on many contemporary social themes that I gather other independent Christian filmmakers won't. Should stir some good discussion amongst teens and young adults.

Wow, great movie, the ending was tough, wish there was an alternate ending, was a little shocking and not showing the redemption that should have been there after forgiveness and searching, the character had more heart than that - unrealistic, and didn't go into detail about why he was in the store with Eric. Christ's redemptive work should have been portrayed. Great movie up until then, that is why it gets 4 stars from me, let me know if and when there is an alternate ending.

Good flick...NOT a predictable plot line. Aimed at single adult audience but married people enjoy it too. I appreciated the main female character's courage to stand for what she believed. The male main character's thought processes were believable too. Most of us could identify with the temptations. I was expecting a happy ending...but was relieved that it was messy like real life...especially since my life isn't all nice and neat either...I felt I could learn from a Christian who doesn't understand why everything turned out the way it did but chooses to continue trusting God.

Josie - The Path of the Wind

I just so happened to be awake very late over the weekend just missed the first 8 min. But from where I starting watching it oh my I fought my sleep till I finished watching it. I give this movie the most stars and highly recommend this movie to be watched. Wonderfully well done.

Great movie. Yes I agree it didn't have one of those happy ever after Hollywood endings. I took from it life is very short and you never know when lives on this earth will be over. Never wait until the last moment to ask Christ to forgive your sins and ask Him into your life. Best thing that's happened to me through Christ's grace.

b. brown - path of the wind

I thought this was a very good movie. Liz Duchez is a lovely actress to watch.

Discussion guide for The Path of the Wind 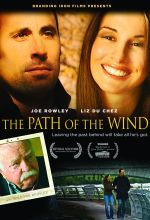 The Path Of The Wind

As an ex-convict, Lee Ferguson’s biggest desire is to leave his past behind and make a fresh start with Katie, his new love. But when Lee finds out Katie is a Christian, his pre-conceived ideas and her moral standards clash. Through engaging action and drama, this film explores temptation, sin, forgiveness and redemption, while helping seekers and believers understand one another!