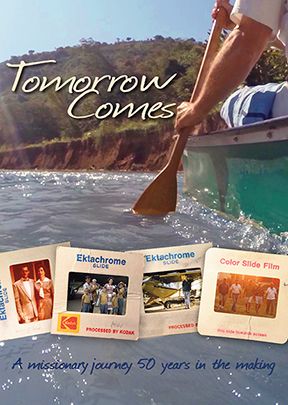 50 years after the death of missionaries John and Madge Wood, the Wood family gathered in Ometepec, Mexico to celebrate their legacy. This film is the unforgettable story of their reunion as they not only play and laugh together, but also discover how deeply their parents' love impacted their community and their own family for generations to come.

In the early 1950s Presbyterian missionaries John and Madge Wood accepted the call to Ometepec, Mexico. Along with their young sons, they served the people faithfully and selflessly. Tragically, their time was cut short when John and Madge’s plane crashed, in the remote mountains. They left behind five young boys, ages four to fourteen.

Fifty years later, those sons and their families held a reunion in the family homestead to celebrate the rich legacy of their parents. This film is the unforgettable story of their reunion as they not only play and laugh together, but also discover how deeply their parent’s love impacted their community and their own family for generations to come. This captivating program will encourage you as you witness the opulent inheritance of faith across time.

This touching documentary follows the reunion of five brothers—Kenton, Van, Benji, Tim, and Danny Wood—50 years after the tragic deaths of their Presbyterian missionary parents in Mexico. Growing up in the small town of Ometepec, Mexico, the Wood children were accustomed to the constant travels of their mother and father, John and Madge, who visited nearby locales to help deliver food and clothing. When they did not return one day—John and Madge died in a small plane crash—the boys, ages 4-14, were shattered. As the years passed, the siblings were never in the same place at the same time and they rarely discussed those days. But for this landmark anniversary, they agreed to get together and bring their own families and friends to speak openly about the past and forge closer relationships. What is most striking about Tomorrow Comes is how much of the legacy of their parents' good deeds remains a part of the brothers' lives today. Shot with a celebratory energy that embraces life and possibilities, this inspiring documentary is recommended.