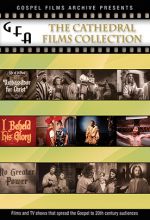 James Friedrich, founder of Cathedral Films, was inspired to make films that would minister to the church. In 1936 Friedrich moved to Hollywood and met the talent that would become his collaborative team for many years, including veteran Hollywood director Irving Pichel. The Gospel Films Archive is a multi-volume collection of rare and vintage Christian movies produced in the 20th century by independent Christian producers as well as major Hollywood studios. These vintage movies demonstrate how the Christian message was communicated to 20th century audiences.