Vindication - Seasons One and Two 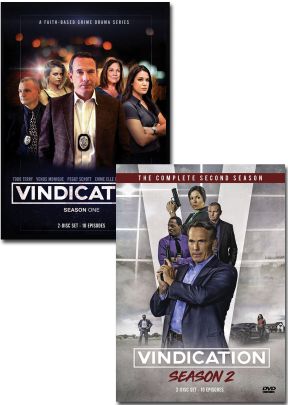 This four-disc set includes 20 half-hour episodes from seasons one and two of Vindication.

Vindication: Season One
Detective Travis (Todd Terry, Breaking Bad) has spent 15 years solving cases while serving the small town of East Bank, Texas. Each new case brings unique twists, turns, and surprises he must address. When his estranged daughter Katie (Emma Elle Roberts, Unplanned & I'm Not Ashamed) returns home, tensions escalate between him and his wife Becky (Peggy Schott). With a new detective trainee thrown in the mix (Venus Monique, Genesis) and an onslaught of unsettling cases, Det. Travis finds that his 16th year on the force will be the most life altering of his career. Includes episodes 1 through 10 on 2 discs.

Alibi - Caught in the crosshairs of a criminal investigation, Derek Taylor recalls the details of his involvement to a suspicious detective.
A Name and Numbers - After a teenage boy is brutally assaulted, Detective Travis focuses his investigation on the ex-girlfriend of the victim.
Without a Trace - Detective Travis investigates the disappearance of a software entrepreneur while juggling the return of his own estranged daughter, Katie.
The Gentleman - Residents of an affluent community accuse their lonely neighbor of inappropriate conduct. Det. Travis attempts to verify that Katie's drug use has ended.
Made Like New - The late night activities of a former addict cause the man's wife to suspect a relapse. Becky Travis asks Det. Travis to investigate as a personal favor.
Reverse Traffick - Kris and Detective Travis arrest a suspected predator in a sting operation, but the man insists on his innocence. At home, the Travis family welcomes an unexpected guest.
Convictions - Kris follows a narcotics lead to the home of a suffering military veteran. The Travis family struggles with Katie's erratic behavior.
Face to Face - A double homicide case in the small town of East Bank leads Detective Travis and Kris on a desperate search of answers.
Dark Web - Katie shares painful details of her past with Detective Travis. Kris uncovers a much larger scheme behind Katie's story.
Deliverance - A rescue operation brings Detective Travis to a crossroad of work, faith, and family.

Precincts and Prisoners - Gary and Becky Travis adapt to new chapters in life amidst an investigation into mysterious activity on a single mother's property.
Turmoil - Sgt. Travis struggles to manage Precinct Two while a surprising romantic relationship springs to life in Precinct One.
Suspicion Comes Home - Kris investigates an assault case where she may know the suspect personally. Travis works to retool his Precinct Two roster.
Perspectives - A veteran with known racial prejudices reports a stolen tractor and lands Travis in a difficult spot. Doris makes a request of Becky.
Game of Life - Competitive tensions between Precinct One and Precinct Two reach a fervor at a community fundraiser event.
The Facade - The questionable behavior of an eccentric photographer in East Bank reunites Sgt. Travis and Kris for an investigation.
Be a Man - A weekend hunting trip by the men's group reveals a flurry of unexpected family instabilities, both past and present.
When It Stings - Motives are in question as Precinct One and Precinct Two stage dueling sting operations that produce vastly different outcomes.
Fallout - Surprising arrests in East Bank trigger devastating consequences for members of the police force and the families of those arrested.
The Chief - Tomlinson and Travis battle for the chief position as Kris seeks to avenge a personal tragedy. 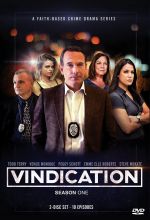 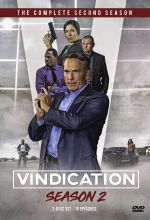