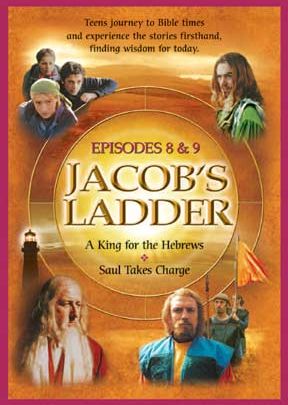 The "teenpack" is looking for adventure when they discover a mysterious old lighthouse and the even more mysterious keeper, Rafael. Through the lighthouse, the young teens are transported to Bible times where they interact with timeless characters and learn of a loving God who cares for His people through all the ages. These action-packed, top quality dramas are geared to youth ages 10-15, but are great for the whole family or for classroom use. Creative, easy-to-use PDF study materials are included to help young teens apply the faith-building lessons to their lives.

Episode 8: A King for the Hebrews -- Samuel has been a faithful prophet and judge of Israel for many years, but the people are increasingly dissatisfied. Attacks from surrounding nations have fed their desire for a king to lead them. Will the fledgling nation ever learn to trust in God alone and thank him for all He's given them? Widescreen.

Episode 9: Saul Takes Charge -- Since the shy farmer, Saul, has become the king of Israel, his family has noticed some changes. His newfound power and status leave him little time to consult with God, and there's no telling who will be the next target of his suspicions and anger. How far should we follow if our leaders take a wrong turn? This and other lessons come through in this story.

hese three episodes in the series encompass the Old Testament story of Samuel. Six teenage actors stumble on an old lighthouse and meet the lighthouse keeper, who serves as the storyteller while the teenagers play supporting roles in the Shakespearean-style drama. In the first episode, Samuel’s mother, Hannah, explains his much-anticipated birth and her promise to give her son to God. Samuel makes the choice to accept this plan, exploring the concept of free will and how it relates to God’s providence. The next two episodes follow Samuel through his life including his interaction as a teenager with the priest, Eli, in the temple where his mother took him to be raised, and as a prophet in adulthood. Produced and filmed in South Wales (U.K.), the action and adventure will engage its intended audience. Appropriate for both group and individual viewing, this title will be useful for Biblical studies classes as well as for leisure viewing. 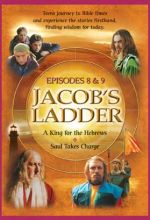