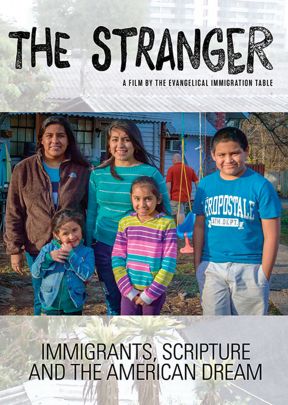 The Stranger is a 40-minute documentary film commissioned by the Evangelical Immigration Table and produced by Emmy-award winning producer Linda Midgett. It profiles three immigrant stories and includes interviews with local and national Christian leaders. By highlighting biblical teaching related to immigrants, sharing compelling stories of immigrants who are also evangelical Christians, and addressing some common economic and political misconceptions, The Stranger seeks to mobilize evangelical Christians to respond to immigrants and to immigration policy in ways that are consistent with biblical principles.

Commissioned by the Evangelical Immigration Table and produced by Emmy-award winner Linda Midgett, this fine documentary makes the argument that treating U.S. immigrants well is not only moral and practical but also the duty of Christians. Featuring several evangelical pastors and an inclusive Baptist church, The Stranger makes its case that the way we treat legal and illegal immigrants reflects on both our character and biblical understanding. Viewers hear from a couple of immigrants with very hard-luck stories related to American deportation policies that separate families and cause enormous hardship. About halfway through, the theme opens up to underscore the logic of hiring immigrants to join the U.S. labor force and contribute to the homegrown economy and taxes (especially in jobs that many Americans don't want). One telling sequence concerns the plight of a South African family who went through a protracted hell after being deported from the U.S. and becoming stateless (despite the fact that the husband/father did defense contract work here). Ultimately The Stranger delivers a strong, faith-based plea for a logical and compassionate immigration policy. Recommended. 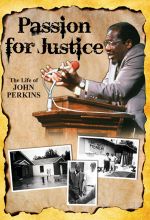 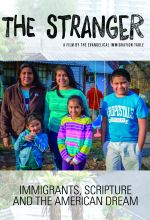